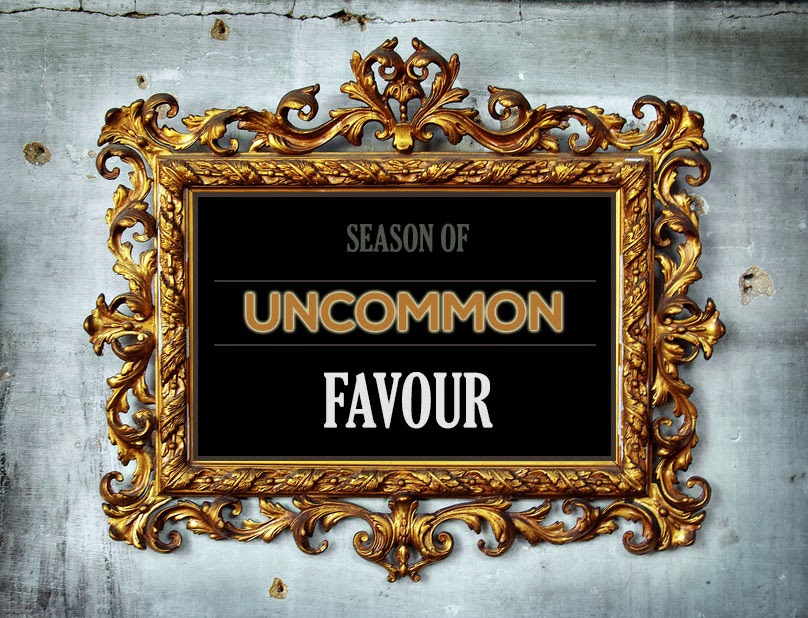 There is a particular product from heaven that can give you any good thing you desire in life.

Three is a particular product from heaven that gives a Man unprecedented success. 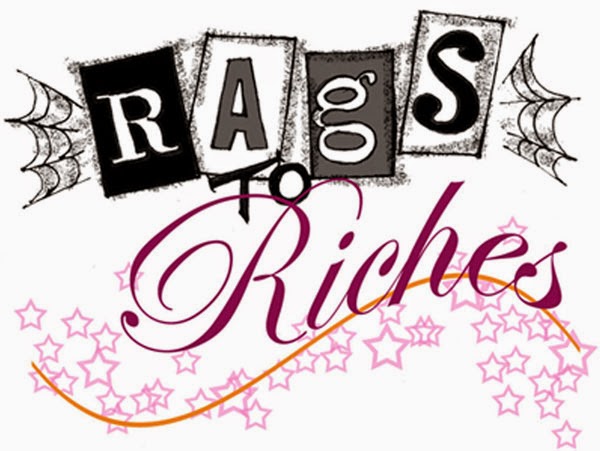 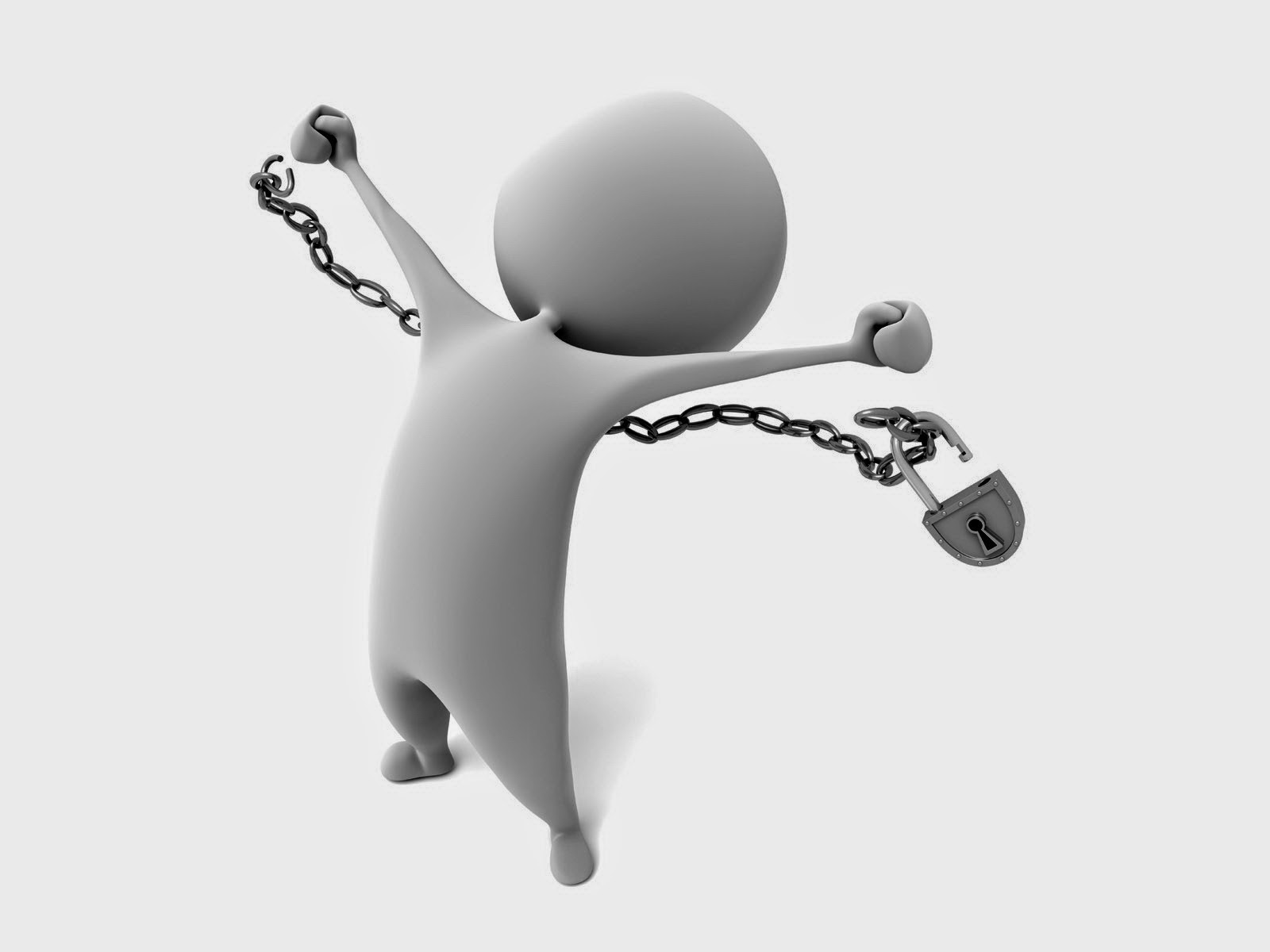 Pray this prayer with power;
I plug myself into the socket of divine favour, by the power in the blood of Jesus.

Illustration story:
There was a medical doctor lady that wanted to specialize in her field of medicine.
She went for the specialization course and she had to undergo a final examination to be successful in the course.
Also there are only 3 attempt allowed for the examination in other words, she can only attempt it three times after which she can never write the course again.
She wrote the exam the first time, failed it; the second time failed it. This means she only has a last chance in her life time to write it to be qualified in that medical specialty. 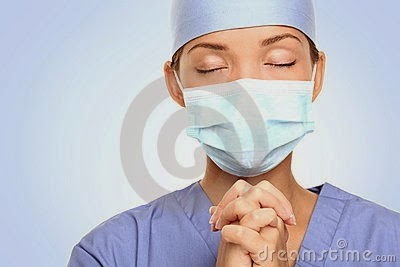 She went into prayers, combining it with fasting; and she also cried for favour.
On the examination day, there were nine candidates for the exam.
It was like the professors that were to examine them were in a bad mood that day. She was the seventh person on the queue. The first person came out, failed, second, failed; she started to cry. One thing she was confessing was; I claim the favour of God. 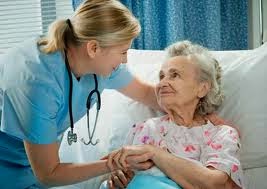 The third, fourth, fifth, sixth came out and they all failed. She was shaking, she knew that her intelligence cannot help her because those before were more intelligent; they were the best. She keeps on claiming favour.
As she entered, the first question that the professors ask her was so confusing that she did not even understand the question. Inside of her she knew she had failed and was saying I prayed for favour, what is happening? 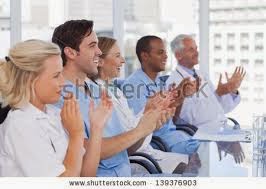 She was beside a patient she was to examine together with the patient. When she didn’t understand the question, she held the patient’s wrist, try to check how long more she has before she leave because they had only 15minutes. All of a sudden, the professors clapped their hands in delight and said; yes! That is it; your colleagues were missing that simple part. The first thing you are supposed to do is to check the patient’s pulse. She quickly agreed and said yes as if she knew what she was doing.
That is the way she passed that exam, just because of Favour.
Pray the prayer again, Say;
I plug myself into the socket of divine favour, by the power in the blood of Jesus.
The bible recorded,
. . . For by strength shall no man prevail. {1 Sam 2:9b}

I returned, and saw under the sun, that the race is not to the swift, nor the battle to the strong, neither yet bread to the wise, nor yet riches to men of understanding, nor yet favour to men of skill; but time and chance happeneth to them all.{Eccl 9:11} 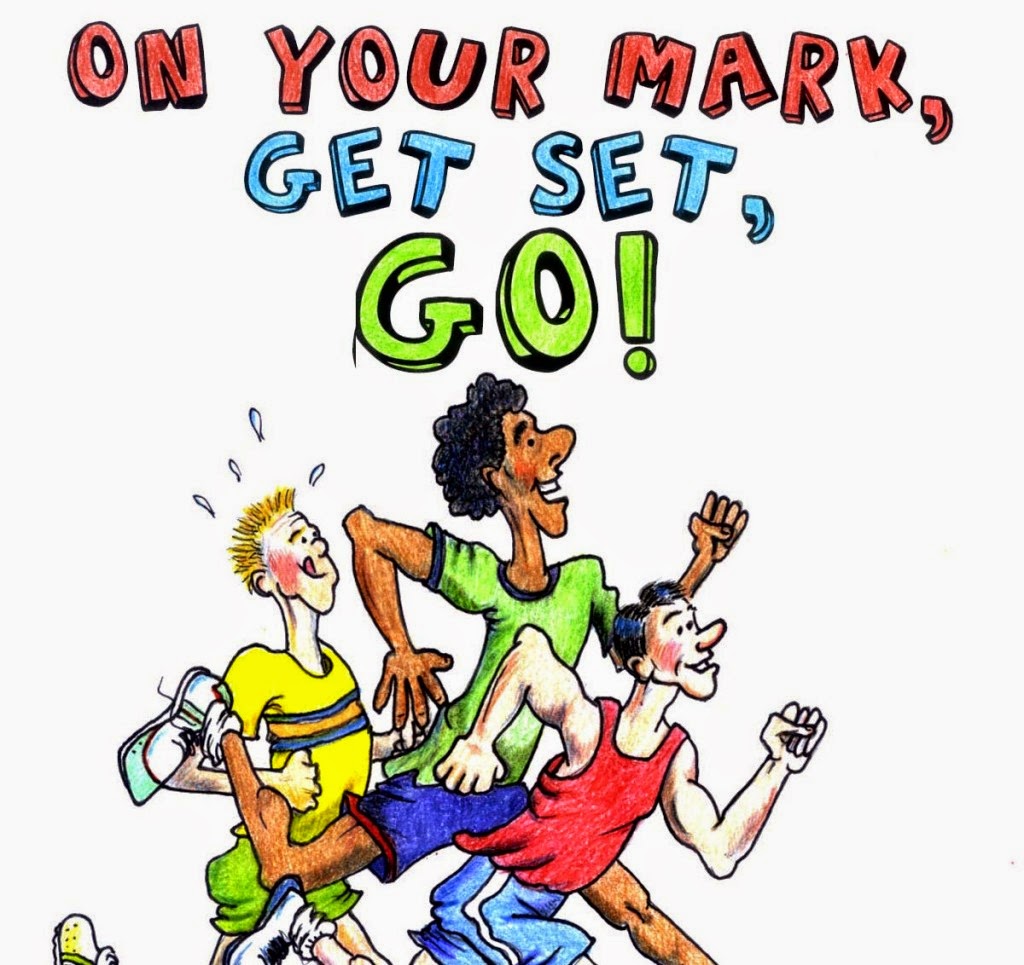 The facts that they said, on your mark, get set, Go; and some people left before you does not mean they will finish before you.
That they were the first is not a determinant, some might even fall along the.
A good name is rather to be chosen than great riches, and loving favour rather than silver and gold. {Proverbs 22:1}

By this I know that thou favourest me, because mine enemy doth not triumph over me. {Psalm 41:11}
This last scripture even confirms that, with favour, you can prevent the enemy from triumphing over you. Yes, that a man missed the plain that was high-marked to crash is nothing but favour.
Favour is so powerful that even Jesus Christ needs it to fulfil his destiny on earth as in the scripture below:
And Jesus increased in wisdom and stature, and in favour with God and man. {Luke 2:52}
Children of God, we need the favour of God more than ever.
I this world of today and looking at the happening that takes place daily, you will agree that we need the favour of God.
What is Favour?
Favour is
ü God’s grace expressed.
ü The manifestation of God’s power
ü Making all things work for you: Yes, both positive and negative
ü The more people hate you brings love.
ü Even the enemy agrees with you that you are victorious.
ü Receiving all you ask for.
ü You do your shopping and another pays for it.
ü Conquering problems even without you knowledge

Illustration story:
There was a medical doctor lady, by name Funke. She finished from the University of Ibadan teaching hospital. She looked for job for a while but 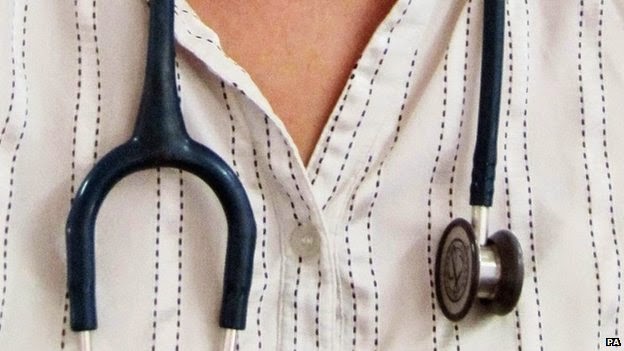 did not get. She even went abroad and it was difficult. Finally she got a clerk job in a cancer clinic abroad. What she does is to follow the professors with the patient’s file. 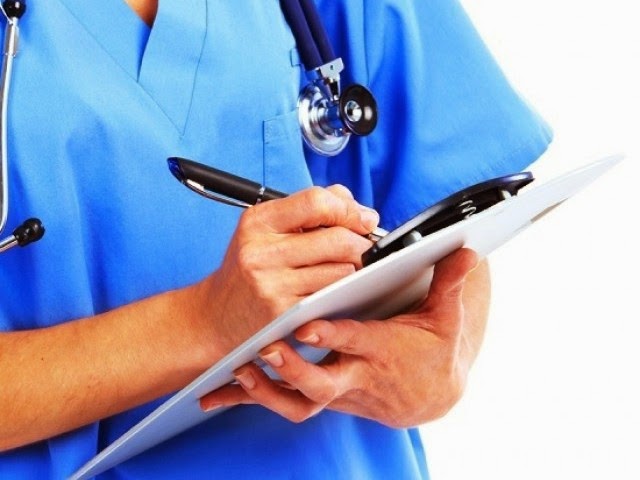 There was a day she was following the professors as usually. The normal practice was that the professors will visit each patient and will deliberate on the case and the action to take. Funke was not supposed to speak; she is just to carry the file. They got to this patient’s bed discussed; they concluded that the patient’s case was hopeless, that she will die. When Funke heard this, she seek their indulgence to speak, she gave suggestions and said if they followed it, the patient will not die. The patient immediately asks the professor to go with Funke’s suggestion. The professors were embarrassed but could not do anything since the patient wanted it. The patient did not die, she was discharged. This incident made Funke popular;  the professors now always consult Funke and her suggestions usually worked. 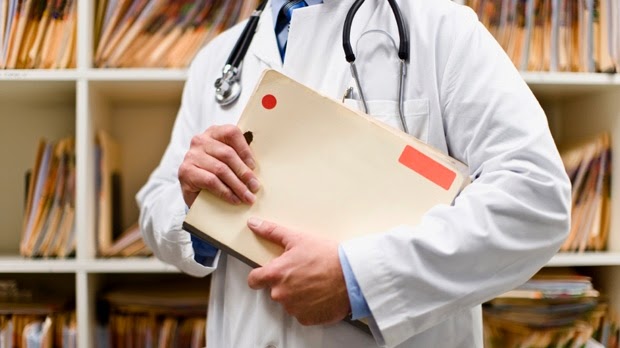 On day Funke summoned courage; she went to the medical director’s office to drop her resignation. The director was shock and asked why; Funke complained that she only earns a clerk salary and she wants a raise. The medical director said she should demand for any amount and she joking demanded for the double amount of the salary of those professors. To her amazement, she was paid that amount.
That is what favour can do in your life:
Pray like this, Say;
I plug myself into the socket of divine favour, by the power in the blood of Jesus.

How to provoke Divine Favour =>
1.   Be a friend of God.
2.   Practice holiness within and without.
3.   Forgive people even when it is very hard.
4.   Have a rugged determination to succeed even at the face mighty obstacle.
5.   Learn to laugh; reject depression.
6.   Be honest, truthful, God will not backup any lie.
7.   Control your tongue. Don’t be Careless with talking.
8.   Give sacrificial offering.
9.    Pray for favour.
10.Wage war against anti-favour spirit.
11.Be an addict of the Word and Prayer.

Illustration story:
Many years ago, when we newly started of this ministry. There was a man that walked up to me, he said, God told him that he was going to get a scholarship and study abroad.

I told him; wonderful but God has not told him anything. He insisted that I should pray for him. The man comes to every service, just for me to pray for him. Sometimes, I will have several people to attend to, he would say, don’t worry; I will be the last person. I was praying for him for three years, it got to a point I would want to run for the brother but the man had a rugged determination.
You can imagine my joy, the day, he came running to me saying, Dr. Olukoya, I got the scholarship, and I am travelling. I was so happy for him, that atlas I am free for this man. I prayed for him for about 15 minutes, been glad that he will not trouble me any longer. 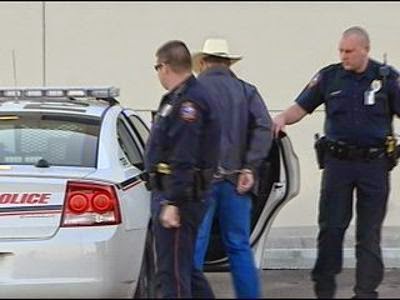 When he was traveling, he was supposed to take two planes to his destination. When he got to the first stopover, going to the next airport, some white police approached him and said; that is him, he is a drug peddler. He was arrested, the only thing the man was shouted while he was been taken away was; with all the prayers of Dr. Olukoya, they arrested me. The white police were even amazed that, who this Dr. Olukoya is. He was put in the cell where he was weeping dearly. The following morning, when he saw the newspaper headlines, his eyes were cleared from the tears. The plane where he was slated to enter had crashed some even though that he was among because his name was in the manifest. 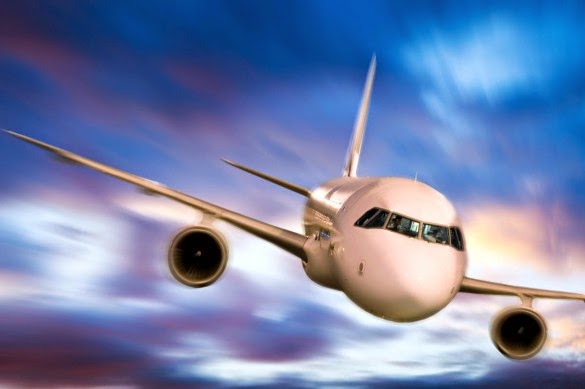 Soon after, the police came to him saying; they are sorry, it was a mistake, the real culprit looked like him. They even begged him not to sue them to court. He said they should not worry and even thanked them for arresting him.
God used to unthinkable to favour him and converted his negative to be his saving favour.

I decree into your life:
The lord all mighty shall turn all negatives to work for your favour, in the name of Jesus.

Give Your Life to Christ First
Say This:

Lord Jesus, I ask you to come into my life. I say bye bye to sin. Help me to live a righteous life. In Jesus Name. Amen

Note: This blog is not associated to any church or ministry. It is a blog that aims to spread the message and power of God to the world
Posted by Unknown at Monday, December 01, 2014