Word : The Perils of Powerlessness

Culled and revised from a sermon from Dr. D.K Olukoya. General Overseer of the mountain of fire and miracles ministries.
Sermon Date: Wednesday, 3rd December, 2014
@ MFM Headquarters, Lagos.
THE PERILS OF POWERLESSNESS 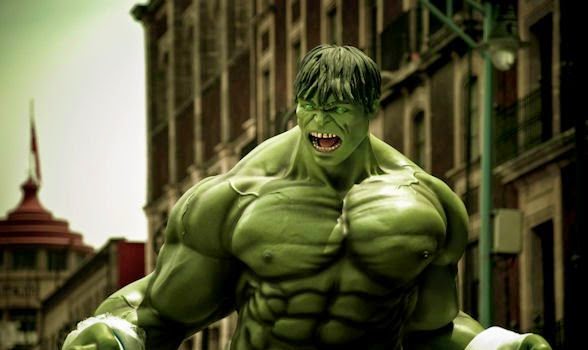 17 And one of the multitude answered and said, Master, I have brought unto thee my son, which hath a dumb spirit;

18 And wheresoever he taketh him, he teareth him: and he foameth, and gnasheth with his teeth, and pineth away: and I spake to thy disciples that they should cast him out; and they could not.
19 He answereth him, and saith, O faithless generation, how long shall I be with you? how long shall I suffer you? bring him unto me.
20 And they brought him unto him: and when he saw him, straightway the spirit tare him; and he fell on the ground, and wallowed foaming.
21 And he asked his father, How long is it ago since this came unto him? And he said, Of a child.
22 And ofttimes it hath cast him into the fire, and into the waters, to destroy him: but if thou canst do any thing, have compassion on us, and help us.
23 Jesus said unto him, If thou canst believe, all things are possible to him that believeth.
24 And straightway the father of the child cried out, and said with tears, Lord, I believe; help thou mine unbelief.
25 When Jesus saw that the people came running together, he rebuked the foul spirit, saying unto him, Thou dumb and deaf spirit, I charge thee, come out of him, and enter no more into him.
26 And the spirit cried, and rent him sore, and came out of him: and he was as one dead; insomuch that many said, He is dead.
27 But Jesus took him by the hand, and lifted him up; and he arose.
28 And when he was come into the house, his disciples asked him privately, Why could not we cast him out?
29 And he said unto them, This kind can come forth by nothing, but by prayer and fasting. 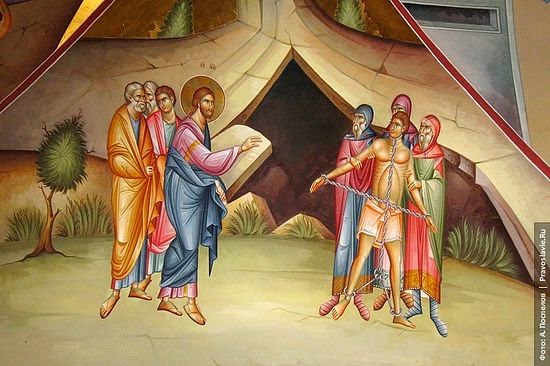 In the passage above, the disciples of Jesus was unable to heal the sick
Why is this?
They were powerless 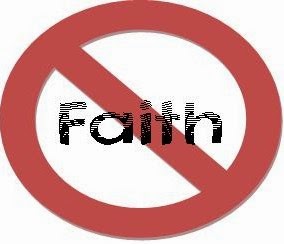 Jesus replied them by referring to them as O faithless generation.
This means that without faith, there can be no power.
Even as the child’s problem has been from birth
The problem has been from since he was a child means the problem is deep.
Regardless of this complexity, Jesus said;
If thou can believe ...all things are possible
I decree into your life:
Thou affliction that torments you, come out and get in no more, in the name of Jesus

Results of Powerlessness
Ø Embarrassment: The disciples were so embarrassed that they could not perform the healing; they had to ask Jesus the reason in private.
Ø Frustration: There was frustration because the disciples were disappointed.
Ø Disgrace: It was a thing of disgrace for the disciples
Ø Suffering: The sick person had to suffer more as a result of powerlessness.
Ø Helpless: It was a case of helpless situation until the display of power
Ø Pain: The situation was so painful for both the disciples and the sick man
For the earnest expectation of the creature waiteth for the manifestation of the sons of God. {Rom 8:19}
The scripture above carries a known fact that:
If a person refuse to manifest the power of God; then, the people that God has attached for their deliverance and liberation will die without their deliverance.
Such a life has failed God; what is the reason for this?
It is Powerlessness.
A lot of people have been born-again for years!
What do we have to show for this?
Can we say God is so proud of our exploit?
Illustration story:
Some years ago I was in my counselling office; this is a day that made me very happy and I will never forget it.
I was hearing some noise; we want to see the G.O, If you don’t allow us, we will cause trouble here; we will burn down this church.
It was when I heard burn down this church; I quickly decide to come out. The church then was just a single auditorium, we managed to raise N120, 000 to buy sand; with all that labour, someone should now burn it down.
When I came out, I saw some men; they ask me; are you the GO and I said yes. They said we never expected the G.O to be this young nevertheless we will tell you what we are here for.
We have come here to report your member to you who is our tenant. Since he moved into our house, nobody has been able to attend witchcraft meeting. I was shocked, I asked them, sorry o, are you saying that you men are witches?

They said; O yes! At 12 midnight, your member will start prayer and begin so say some strange words; there will be fire around the whole compound and we see some strange tall beings. Right as we speak, my wife is on sick bed, she was disciplined for not coming to the meeting regularly again.
I had to Pinched myself, to be sure I am not sleeping and not in a trance. I ask them, is he rude? They said no! He is very gentle but at 12 midnight. We have no further discussion with you, just take his 3 years rent, he has used 6 month, and we give him that one.
I was so happy for the demonstration of power.
This was a rare scenario, most of the case people bring to church is : they are pursuing me in the dream, they beating me in the dream, they feeding me in the dream, pressing me on the bed. But this person was the one causing trouble for the enemy; why? Because He demonstrates the Power of God.
If he didn’t overpower them, they will overpower him
If they didn’t overpower him, they will overpower his wife, children, and property.
What will be your excuse of powerlessness to God?
Will we tell God we were his children born-again for years and the not hear of the source of power?
Source of Power 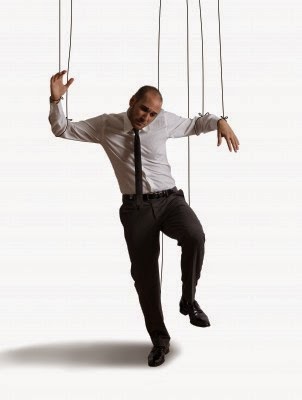 Ø Consecration: The more you consecrate yourself for God, the more the power of God is drawn to you.
Ø Fasting: This will put our spirit in tune with the frequency of heaven
Ø Prayer: This is where we battle those anti-power forces
Ø Sinless Life: The more we commit sin consciously, the more the power of God leaves us.
Fornication de-anoints and drain your power gradually and you might not even know until you are empty.
Are we going to tell God that we did not know all this, or we too lazy or nonchalant to get the power.

Illustration story:
Something happened some time ago. There were some young children in a school that are referred to as SU (Scripture Union). They usually meet after school for singing and prayers. 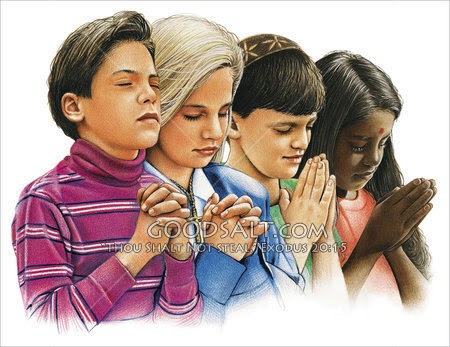 People use to laugh at them in the school but the event change the case and gave them respect.
There was a tree in the school where some herbalist and native doctors perform that rituals and sacrifices occasionally. Whenever they want to do this rituals, the whole school including the principal, teachers, students will begin run helter-skelter and hide somewhere until they finish their ritual operations.
On this faithful day, the children were doing their singing and prayer; the eldest of them was about 14 years old. One of them said; we are going to cut that tree and the others agreed; Yes!
Then they marched to the tree and begin to sing their SU songs like;
We are able to go up and take the country,
From the land of Jordan up to the sea.
Though, the giant may be on our way to hinder;
God will surely give us victory.
[Chorus] Only move on to the righteous side,
Move on to the righteous side
Move on to the righteous side of God!
Alleluia!!!
They did not sing the usual disco gospel songs; they meant business and were bold. They took their cutlass, on the first cut, there was a shout and there was blood coming out form the bark of the tree. They did not bother; they cut it down completely and ran to their class.
The witchdoctors felt it and one of the ran to the school immediately, ask the principal, why did you cut our tree, you are in serous soup; the principal was also very afraid, he told the man; I didn’t cut your tree o !, how can I cut your tree ?, it is the SU children o. 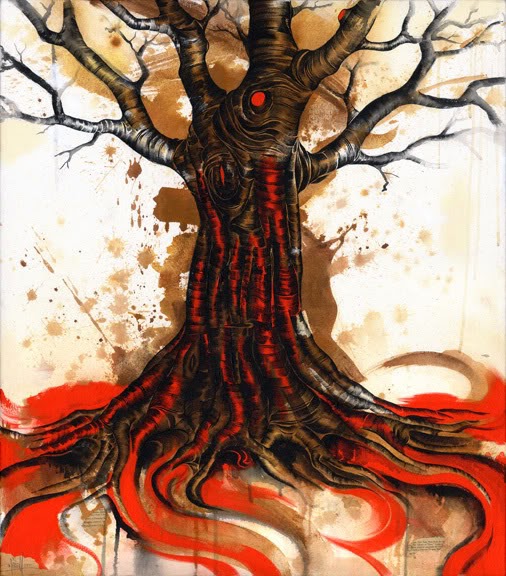 There bought the children out and told them; In 7 days, all of you shall die. The children replied, it is written: we shall not die but live, to declare the works of the lord. On the 7th day the man and 3 of his co-workers died.
Declare this with power, say:
I will not be a disgrace to heaven, in the name of Jesus.
Having the power is our birthright.
When we have that power of God, Then, there will be no struggle in our life.
In the kind of world we live in today, we cannot survive without the power.
There is a raging battle between light and darkness
We cannot be on the fence, being neutral may result to being a casualty. 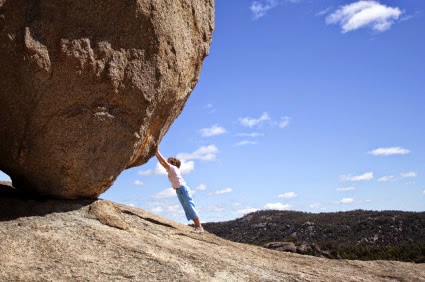 Imagine this:
An Elder in our church of those days, went to his village and somebody threw sand on him. The next moment, his body begins to decay.
That is an embarrassment to the name of God. 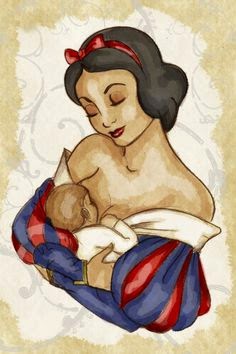 A lady had a dream where she saw a strange baby look at her, all of a sudden she was breast feeding the baby.
By the time she woke up from sleep, her breast has doubled in size. She went to hospital, before your know it, they diagnose cancer. Few weeks after, she was dead.
This is a disgrace as a result of powerlessness.
In this place, we do not teach that the enemy does not have power, the enemy has power BUT, we have a superior overcoming power.
The bible says:
I give unto you power to tread on serpents and scorpions, and over all the power of the enemy: and nothing shall by any means hurt you. {Luke 10:19}
There is what the bible refers as the power of the enemy, and also the power of God
The Power of God is the power that overcomes all power
Declare this with power, say:
I receive power to recover all that the enemy had stolen from me, in the name of Jesus.


Note: This blog is not associated to any church or ministry. It is a blog that aims to spread the message and power of God to the world
Posted by Unknown at Thursday, December 04, 2014