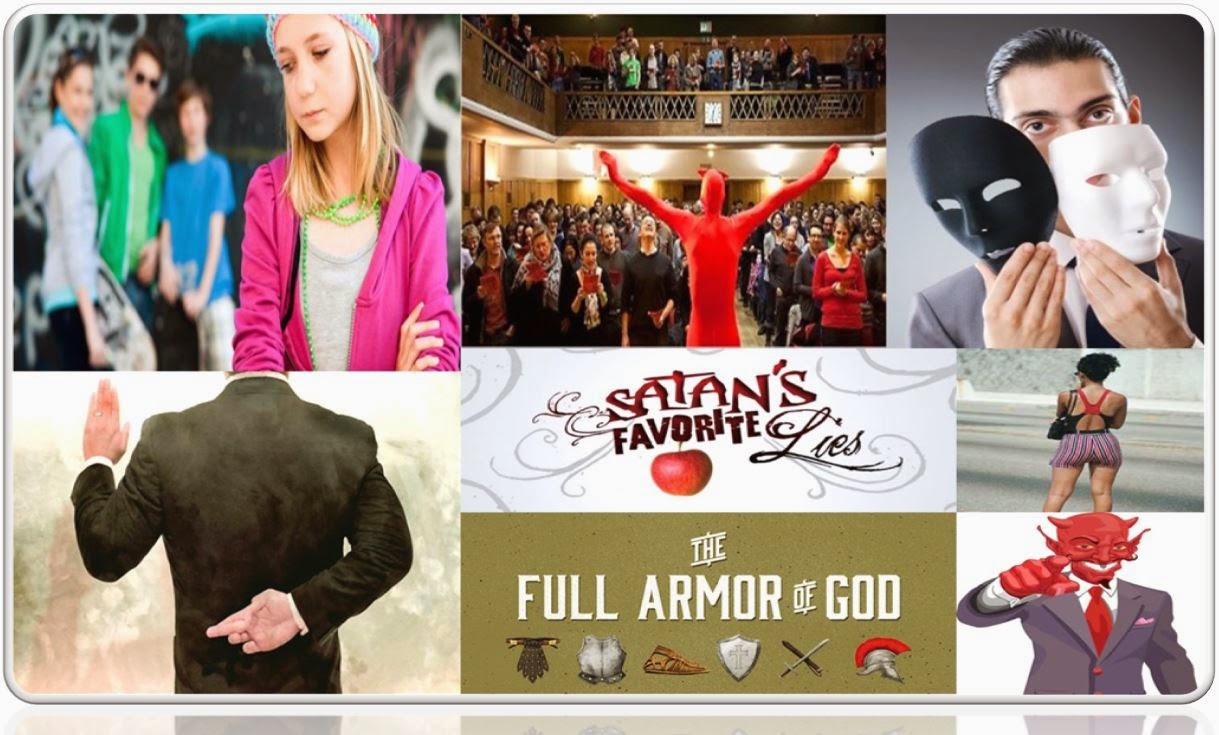 A very effective strategy being adopted by the devil in recent times is manipulation of the truth. Today’s teaching highlight some of the sermon the devil preaches to people and the means of operation.

One of the key strategies of spiritual warfare is “Know Your Enemy”.  Our number 1 enemy is the devil; the following are attributes of deception of the devil.
Ø Devil is the father of all liars.
“Ye are of your father the devil, and the lusts of your father ye will do. He was a murderer from the beginning, and abode not in the truth, because there is no truth in him. When he speaketh a lie, he speaketh of his own: for he is a liar, and the father of it” {John 8:44} 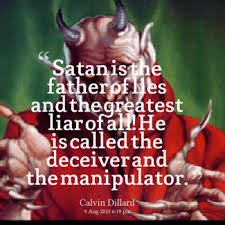 Ø Devil perfects the art of deception.
“And the great dragon was thrown down, the serpent of old who is called the devil and Satan, who deceives the whole world; he was thrown down to the earth, and his angels were thrown down with him.” {Revelation 12:9}
Ø Devil is good at camouflaging.
“And no marvel; for Satan himself is transformed into an angel of light. {2 Cor 11:14}
Ø Devil is Crafty.
“But I am afraid that, as the serpent deceived Eve by his craftiness, your minds will be led astray from the simplicity and purity of devotion to Christ.” {2 Corinthians 11:3}
Ø Devil is very wise & intelligent.
“Lest Satan should get an advantage of us: for we are not ignorant of his devices.” {2 Cor 2:11} You cannot be wiser that a person is 2000 years older than you, so don’t try to outsmart the devil. 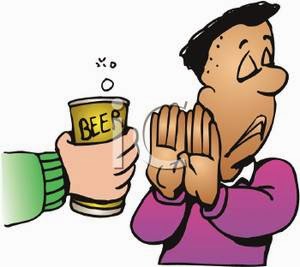 God  specifically banned all his prophets from taking alcohol; God does not do things just for the sake of it, there must be a reason known to him; Everyone has a prophetic virtue, Don’t kill your prophetic virtue. "Do not drink wine nor strong drink, thou, nor thy sons with thee, when ye go into the tabernacle of the congregation, lest ye die: it shall be a statute for ever throughout your generations…”.{Lev 10:9-11}
“Tests shows that after drinking three bottles of beer, there is an average of 13 percent net memory loss. After taking only small quantities of alcohol, trained typists were tested and their errors increased 40 percent. Only one ounce of alcohol increases the time required to make a decision by nearly 10 percent; hinders muscular reaction by 17 percent; increases errors due to lack of attention by 35 percent.” - Paul Harvey
ü Alcohol could create ladder of attack into your life.
ü Alcohol could create an unguided  hour where the enemy will strike.
ü Alcohol de-anoints you and cut you off from connecting to heaven within that period because you are being controlled by it.
ü If not for alcohol, Many people would still have their good marriages, Jobs, honor and so on.
ü A lot of rape and indecent act has been perpetuated under the influence of the spirit of alcohol.
Alcohol: The Bible Hall of Shame
The first reference to wine is found in Genesis when Noah, after the flood, created the original fermented grape juice. “Then he drank of the wine and was drunk, and became uncovered in his tent” (Genesis 9:21). The sad record is that Noah drank and stumbled around naked and shamefully exposed himself to his sons. This first experiment with a new drug ended with a scathing curse falling on Noah’s posterity.
Lot also drank, and he was therefore easily seduced into having incestuous relations with his daughters. “So they made their father drink wine that night. And the firstborn went in and lay with her father, and he did not know when she lay down or when she arose” (Genesis 19:33). The offspring of this relationship became the nations of Moab and Ammon, the mortal enemies of God’s people. And there is no shortage of evidence today that alcohol often leads to sexual immorality—such as adultery, rape, and incest.
Then there is the infamous experience when the children of Israel drank alcohol, stripped themselves naked and worshiped a golden calf (Exodus 32:6, 25). This fermented “church social” ended in a horrible massacre.
Amnon, another drinker and the son of David, raped his half-sister Tamar. Because of this incestuous act, he lost his life at the hands of his enraged brother while intoxicated (2 Samuel 13:28).
These are only a few examples. For more about the terrible repercussions involving alcohol in the Bible, look at 2 Samuel 13:28, Job 1:13–19. Truly, when one considers the Biblical record of fermented drink, you have to wonder why would any genuine Christian argue in its defense! Source : amazing facts.

v Sermon 2
God is not bothered about what you wear, He looks only at the heart.
It is only self-deception & self-justification to think in this manner. “In like manner also, that women adorn themselves in modest apparel, with shamefacedness and sobriety; not with broided hair, or gold, or pearls, or costly array.” {1 Tim 2:9}
God is going to hold a lot of people responsible for the fall of their brother/sister on the day of Judgment. We are human beings and we ! have blood flowing through us. Also have hormones that respond when triggered. Why must some people help to trigger their brother’s hormone when you know this could lead him into sinning. There are a lot of exposures of the body, laps, breast in today’s dressing and even in the churches. This is a shame

v Sermon 3
If you take Christianity too serious, you would be poor and wretched. 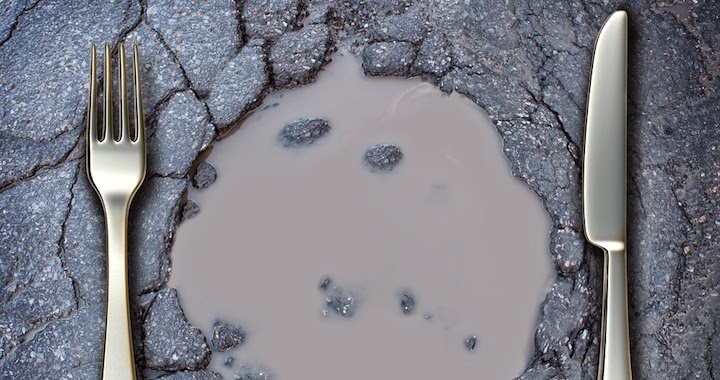 Beware of this kind of misconception being spread. You can serve the living God and still be wealth. A lot of people that serve God in the bible were very wealthy; examples are Abraham, Isaac, Jacob, Solomon, 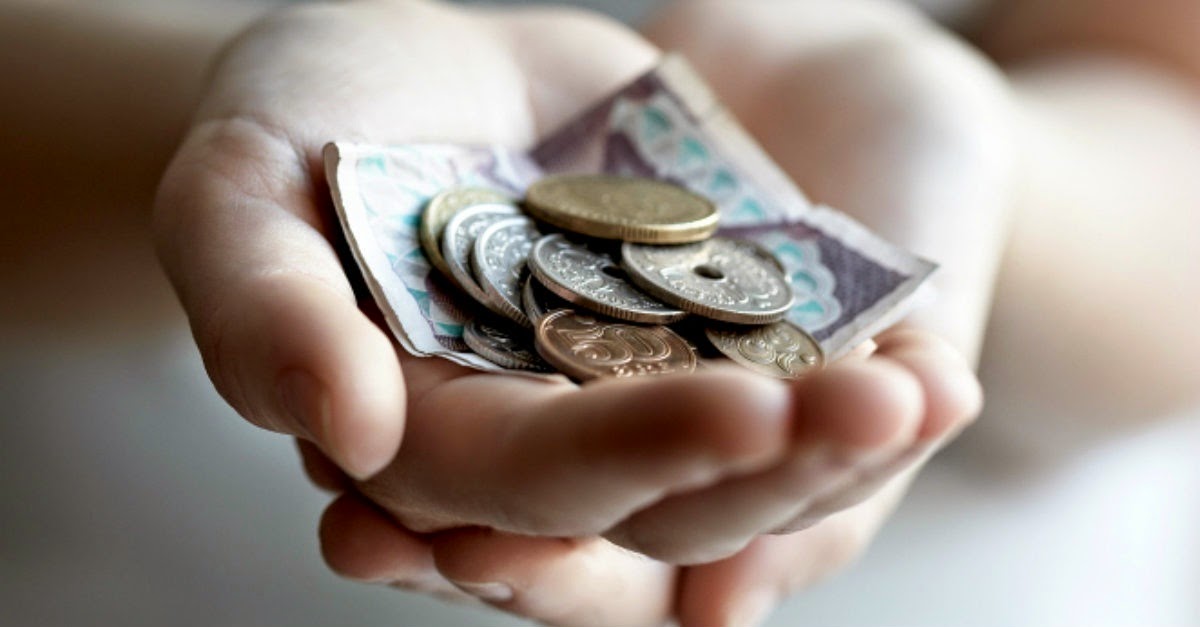 v Sermon 4
You can have as many wives as long as you can take care of them.. 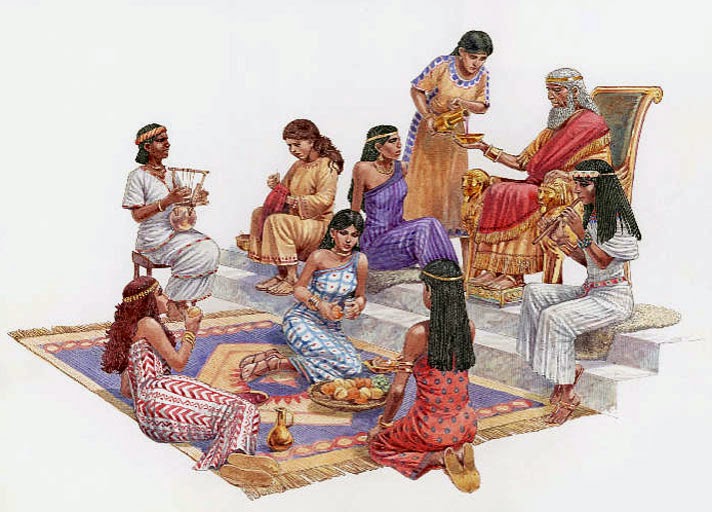 It is impossible to please more than one wife. If Adam had needed more than 1 wife, God would have created 2 Eve (s).
Polygamy’s origins and consequences
It is very important to remember that not everything recorded in the Bible is approved in the Bible. Consider where polygamy originated—first in the line of the murderer Cain, not the line of Seth. The first recorded polygamist was the murderer Lamech (Genesis 4:23–24). Then Esau, who despised his birthright, also caused much grief to his parents by marrying two pagan wives (Genesis 26:34).
Skeptics often try to discredit this teaching by pointing to examples of multiple wives in the Bible. But what does the Bible really teach?
God also forbade the kings of Israel to have “many wives” (Deuteronomy 17:17). Look at the trouble when Israel’s kings disobeyed, including deadly sibling rivalry between David’s sons from his different wives (2 Samuel 13, 1 Kings 2); and Solomon’s hundreds of wives helped lead Solomon to idolatry (1 Kings 11:1–3).
Why did God seem to allow it for some people, then?
God’s permitting of polygamy seems more like the case of divorce, which God tolerated for a while under certain conditions because of the hardness of their hearts. But it was not the way it was intended from the beginning (Matthew 19:8). Whenever the Mosaic law had provisions for polygamy, it was always the conditional: “If he takes another wife to himself … ” (Exodus 21:10), never an encouragement. God put a number of obligations on the husband towards the additional wives, which would discourage polygamy. In view of the problems it causes, it is no wonder that polygamy was unknown among the Jews after the Babylonian exile, and monogamy was the rule even among the Greeks and Romans by New Testament times.
We just need to be careful. There are many other examples of evil sermon being circulated around
v     The devil does not exist.
v     It is impossible to live a holy life in this world today.
v     He will love you more if you give him sex.
v     You can test him/her to see that he is not impotent.
v     Let him get pregnant before marriages
And so on . . .
Recognizing the Devil’s Sermon
The serpent said to the woman, "You surely will not die! {Genesis 3:4}
ü The devil’s sermon will always contradict the instruction and word of God.
ü Scriptures cannot be broken. {John 10:35}
ü It will always put you in confusion.
ü It always feeds and satisfies your flesh.

Agents of Devil Sermon:
Ø Yourself
Ø Parent
Ø Friends “And Jesus answered and said to them, "See to it that no one misleads you.” {Matthew 24:4}
Ø Parents
Ø Trends
Ø Beliefs/Culture
Ø Fear of the unknown
Ø Ministers/Pastors “For such men are false apostles, deceitful workers, disguising themselves as apostles of Christ. No wonder, for even Satan disguises himself as an angel of light. Therefore it is not surprising if his servants also disguise themselves as servants of righteousness, whose end will be according to their deeds.” {2 Corinthians 11:13-15} 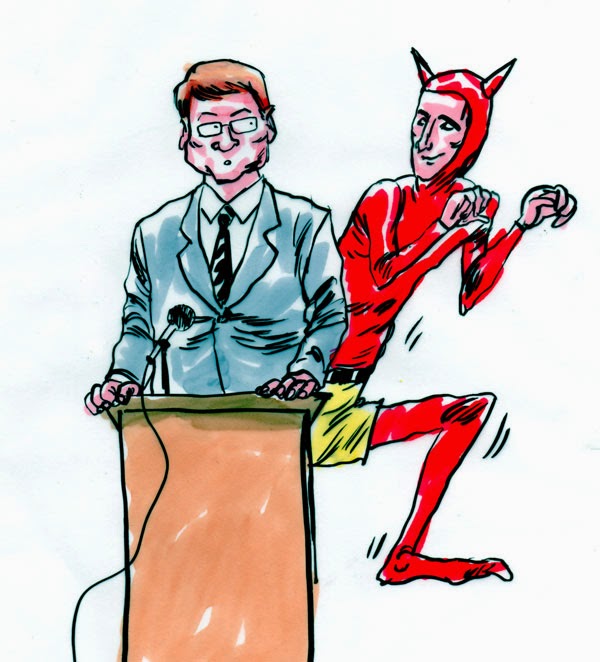 “Beloved, do not believe every spirit, but test the spirits to see whether they are from God, because many false prophets have gone out into the world”. {1 John 4:1}
Way Out
1.   Study the Bible regularly.
2.   Be guided by the holy spirit.
3.   Be a man/woman of Prayer.
4.   Learn to know more about God every day. 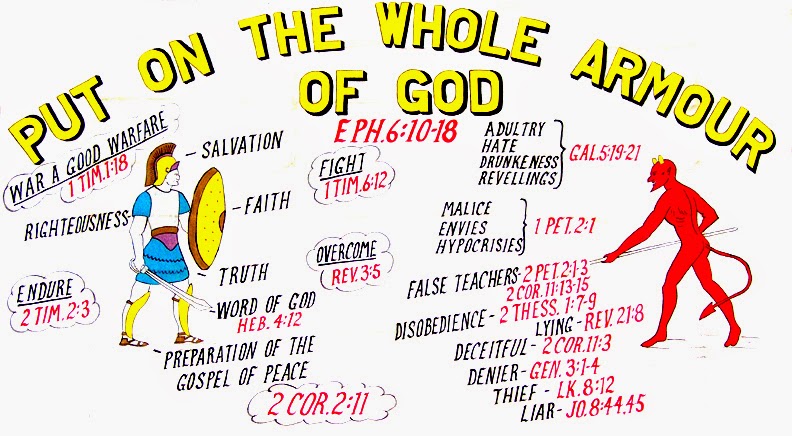