Word : The God that Kill and Make Alive

Culled and revised from a sermon from Dr. D.K Olukoya. General Overseer of the Mountain of Fire and Miracles Ministries.
Sermon Date: Wednesday, 21 January, 2015
@ MFM Headquarters, Lagos.
THE GOD THAT KILL & MAKE ALIVE 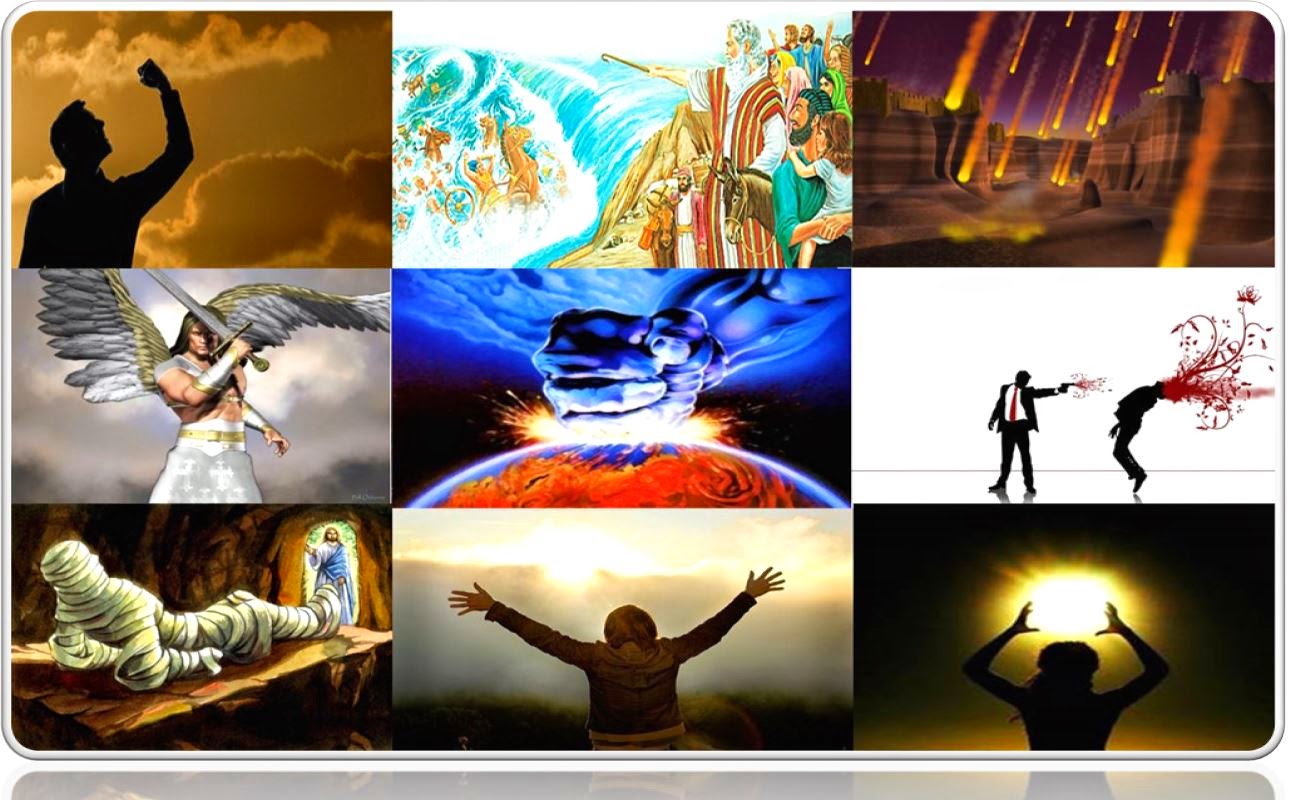 When you study the ways of the Almighty God and the great prophets of old, you will see that their operation are usually on two legs; A Blessing and A Curse. This is all dependent on how a person is being placed.


" See now that I, even I, am he, and there is no god with me: I kill, and I make alive; I wound, and I heal: neither is there any that can deliver out of my hand.For I lift up my hand to heaven, and say, I live for ever.If I whet my glittering sword, and mine hand take hold on judgment; I will render vengeance to mine enemies, and will reward them that hate me.I will make mine arrows drunk with blood, and my sword shall devour flesh; and that with the blood of the slain and of the captives, from the beginning of revenges upon the enemy.Rejoice, O ye nations, with his people: for he will avenge the blood of his servants, and will render vengeance to his adversaries, and will be merciful unto his land, and to his people. ” {Deut 32:39-43}
"The Lord killeth, and maketh alive: he bringeth down to the grave, and bringeth up. The Lord maketh poor, and maketh rich: he bringeth low, and lifteth up.He raiseth up the poor out of the dust, and lifteth up the beggar from the dunghill, to set them among princes, and to make them inherit the throne of glory: for the pillars of the earth are the Lord's, and he hath set the world upon them.He will keep the feet of his saints, and the wicked shall be silent in darkness; for by strength shall no man prevail.The adversaries of the Lord shall be broken to pieces; out of heaven shall he thunder upon them: the Lord shall judge the ends of the earth; and he shall give strength unto his king, and exalt the horn of his anointed.” {1 Sam 2:6-10}
The Anointing has two sides; it can make alive and it can kill.
Ø The same vessel that pours our resurrection power can also pour out death.
Ø The Healing Power also has a wounding part.
Ø The anointing for deliverance Power also carries the anointing for desolation. (let his habitation become desolate 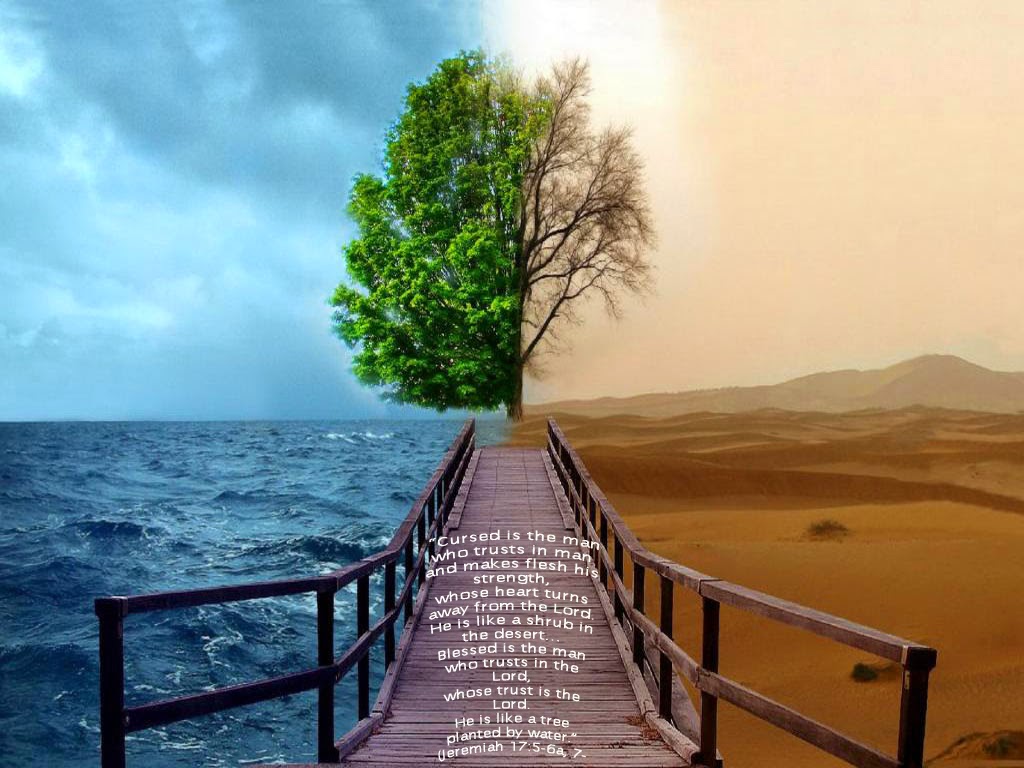 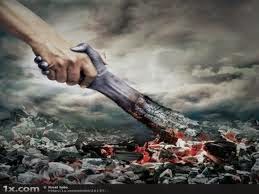 There is a vengeance side of God which most people do not understand.

I pray for you.
v Any power that will not let you rest, the God that Killeth and maketh alive; shall bury them in the name of Jesus

There are several situation where God that killeth Manifested
o  HEROD: He was causing problems and God was just looking. It got to a time in Act 12:23;
"And forthwith an angel of the Lord struck him, because he had not given the honour to God: and being eaten up by worms, he gave up the ghost" {Acts 12:23}
The angel of the lord smote him and he gave up the ghost. Means God that killeth, took him out of the way.
I Pray;
Your Stubborn Enemies shall give up the ghost, in the name of Jesus.
o  PHARAOH: God himself spoke to pharaoh and warned him that He will kill. "I have said to thee: Let my son go, that he may serve me, and thou wouldst not let him go: behold I will kill thy son, thy firstborn." {Ex 4:23}
There are many evil things that happen which we need to call on the God that killeth and maketh alive.
Illustration Story
There was an incident that happened many years ago in the church I used to attend. Some wicked occultist witchdoctors wanted to put the church into 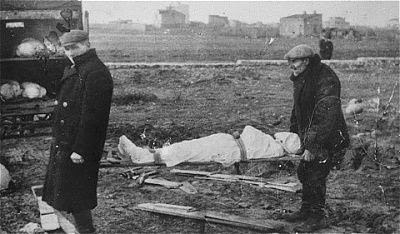 trouble. They have already killed a man and wanted to throw the corpse of this man in the church; they will now claim that it was the people in the church that killed the man. The church used to have an everyday prayer meeting by 6am. There were two men carrying this corpse; one carry by the legs and the other held the hand; there was also a man following them; this was around 4am. As they brought the corpse close to the church and were about to drop it on the ground and angel of the lord appeared and said a single statement: “Hold It”. With that single statement, the two men found that their hands were glued to the corpse; they could take their hands off the corpse. When the third man saw this, he ran away. These two men were there till people started arriving for the 6am prayer meeting. When the pastor arrived and saw them he just called the police and started his prayer meeting. The police arrived and tried so hard to unglue these men from the corpse but it was impossible. These two men eventually died with the corpse.

I pray for you;
Any power that is bent on destroying your destiny, the God that killeth and maketh alive will destroy them in the name of Jesus.
There are many wicked acts going on in this world; Wickedness of the highest order. The bible says the whole world lieth in wickedness {1 John 5:19} and we are in the Last days. 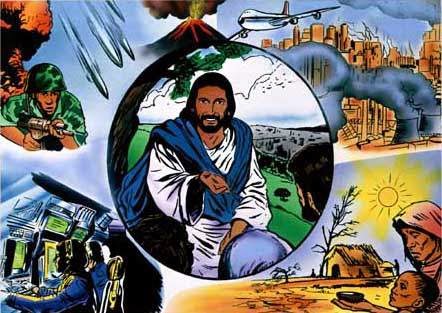 All these are signs of the last days but there is one sign we do not pay attention to; it is that, there shall be satanic revival
This means that in the realm of the spirit, there will be an explosion of wickedness because the devil is making his final attack on the human race; desperate and wicked final attack.
Wicked powers have now these days increased their activities. 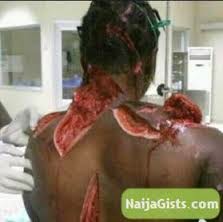 ü People now pour acid on each other.
ü Somebody have a dream that something bites the breast and the next morning, they say its cancer.
ü A sister saw her own sister being converted to money-making ritual; Wickedness, so wicked.
ü A woman was confessing to witchcraft at the prayer city some time ago. She said she has donated all her five daughters and that none of them will ever get married.
ü These days, they send snake to people
ü These days, mad people are on the increase.
ü All the satanic hospitals are filled up.
ü People are buying satanic padlocks to lock people’s progress.
ü People are spending strange money that will capture other people’s finances.

Illustration Story
There was the case of this couple that traveled a plane with a baby. The air hostess noticed that the baby they were carry was a strange baby so they were watching them. They noticed that in a 10-hour flight the baby was not fed, the baby did not cry, did not make a sound; therefor they alerted the immigration about them. By the time the got down at their destination, they found out that all the internal organ of the baby has been removed and filled with hard drugs. That is high wickedness.
Many people have cried and complained so hard; why is my life like this, am I the only one; who have I offended?
All this will not make a difference, what makes a difference is when you bring the God that killeth and Maketh Alive into the picture; then the will be a change.
There are people that need to be brought down for you to rise up; there are witches that need to die so that you can move forward in life.
God operates two sides of a coin;
ü I make push down à I bring up
ü I make Rich à I make Poor
ü I make Kill à I make Alive
ü I make Rich à I make Poor
You need to call on God and tell him;
-       Whatever He need to kill for your life to move forward.
-       Whatever He need to make alive for you to be happy in life.
I pray for you;
The God that killeth and maketh alive shall arise and intervene in your situation in the name of Jesus. 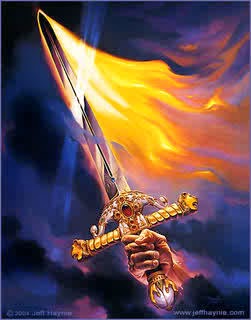