Five Sins That Jesus Hated Most 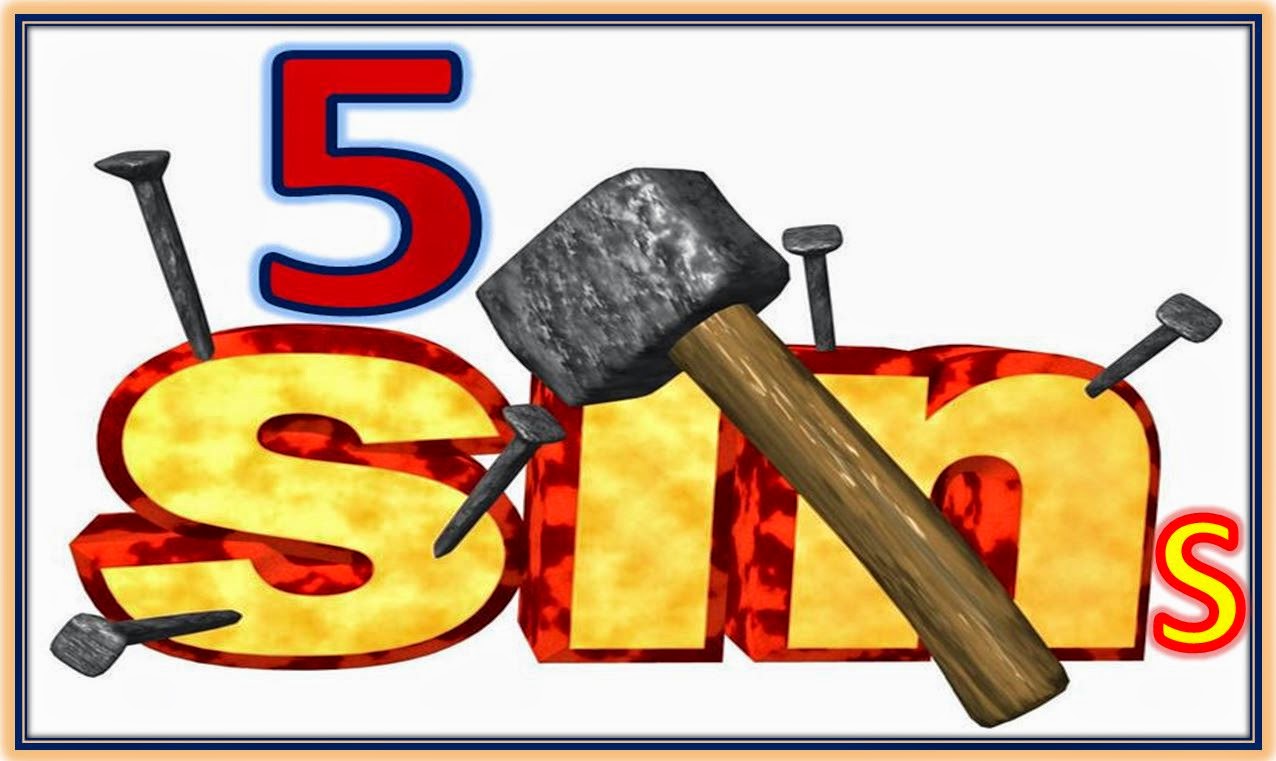 As we grow spiritually, we will discover that the righteousness of God is not primarily external, and that sin too is not primarily external. When we talk about righteousness, most people think of the standard mentioned in the Ten Commandments. But righteousness under the new covenant is measured by the life of Jesus and not by any written Law. When we consider the sins that Jesus spoke against the most, we will discover what He hated the most. As we consider five such sins, we will see that none of them are listed in the Ten Commandments!! 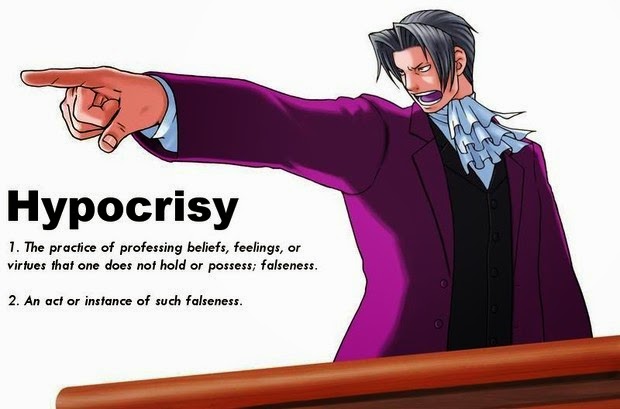 To be a hypocrite is to give others the impression that we are holier than we actually are. It is the same as being false, or telling a lie. Jesus pronounced a curse on hypocrites seven times in Mt. 23:13-29. It is possible to tell a lie without even opening our mouths. Ananias lied to the Holy Spirit without saying a word - when he pretended to be a wholehearted disciple of Jesus (Acts 5:1-5).
Jesus told the Pharisees that their inner life was "full of self-indulgence" (Mt. 23:25) - which meant that they lived only to please themselves. Yet they gave others the impression that because they knew the Scriptures well and fasted and prayed and tithed their income, they were very holy. They appeared very pious externally. They prayed lengthy prayers in public, but they did not pray at length in private - just like many today. It is hypocrisy if we praise God only on Sunday mornings, but do not have a spirit of praise in our hearts at all times. God looks at our hearts. The wise virgins had a hidden reserve of oil in their vessels while the foolish ones had only enough to light their lamps externally and have a good testimony before men (Mt. 25: 1- 4). When we hear of a Christian leader suddenly falling into adultery, we must realize that that was no sudden fall but the final result of a long period of unfaithfulness in his inner life.

He was a hypocrite for long! 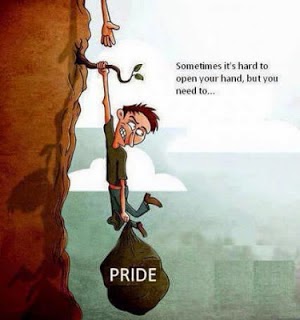 Spiritual pride is the most common sin to be found among those who pursue after holiness. We all know the parable of the self-righteous Pharisee who despised others even in his prayer (Luk. 18:9-14)! It is more than likely that 90% of all prayers offered in public by believers are primarily meant to impress others who are listening and not prayed to God at all. The Pharisee in the parable may not have been evil like other sinners in his external life. But Jesus hated the pride with which he thought of his spiritual activities and with which he despised others. It is spiritual pride that makes believers constantly judge other believers.
The tax collector however, who saw himself as THE sinner - worse than all others - was accepted by God. All who have come face to face with God will have seen themselves at some time, as the chief of sinners. Jesus taught that the greatest person in heaven would be the humblest (Mt. 18:4). The greatest virtue found in heaven is humility. We see in the book of Revelation that all those who receive crowns in heaven are quick to cast them down before the Lord acknowledging that He alone deserves every crown (Re. 4:10, 11). 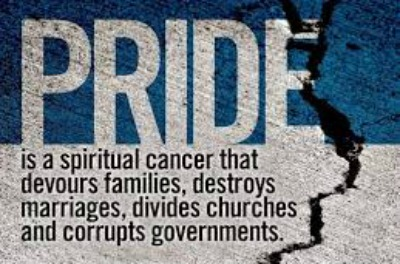 Jesus said that even if we managed to obey EVERY SINGLE commandment of God, we would still be unprofitable servants who had not done anything more than what was expected of us (Luk. 17:10). Then what shall we say about our condition when we fall so often!
3. Impurity

Impurity enters into our hearts mainly through our eyes and our ears. This impurity then comes OUT from our hearts and expresses itself through the various members of our bodies - primarily through our tongues and our eyes. Anyone who seeks to be pure must therefore be especially careful about what he sees and what he hears. Jesus hated impurity so much that He told His disciples that they should be willing to pluck out their right eye and cut off their right hand rather than sin with those members (Mt. 5:27-29).

When do doctors recommend the amputation of the right hand or the surgical removal of an eye? Only when things have become so bad that without the removal of these organs, the whole body would die. This is what we need to understand in relation to sin as well. Sin is so serious that it can imperil our very life. Most believers have not realized this and that is why they are careless in the way they use their tongues and their eyes. We must be as blind men and as dumb men when tempted to sin with our eyes and our tongues. This is the implication of Jesus' words.
4. Indifference to Human Need 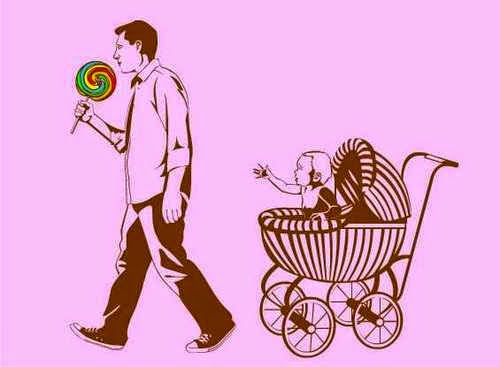 Jesus was angry when the leaders of the synagogue did not want Him to heal a man, just because it was the Sabbath day "He was deeply disturbed by their indifference to human need" (Mk. 3:5 - Living).
We are commanded to do good to all men, especially to the children of God (Gal. 6: 10). Jesus taught that those who did nothing to help their brothers who were in need of the basic necessities of life, would be cast out of His presence in the final day (Mt. 25:41-46). We may not have the gift of healing to heal sick believers. But we can all certainly visit those who are sick and encourage them. That's all the Lord asks of us.
The rich man went to hell because he did not care for his brother Lazarus, who was a fellow Jew and a fellow son of Abraham. The priest and the Levite in the parable of the Good Samaritan were exposed as hypocrites by Jesus because they did not show compassion on their fellow- brother- Jew who was lying on the roadside wounded. The Bible says that those who see their brothers in need and who are not moved to help them do not really have saving faith (Jas. 2:15-17). They are only deceiving themselves when they say that they are born again; they are not. Those who do not help their brothers in need cannot possibly have the love of God dwelling in their hearts (1Jn. 3:17). Jesus spoke out strongly on such matters because He hated the attitude that many religious people had who were concerned only with religious activities but not with helping their needy brothers.
5. Unbelief 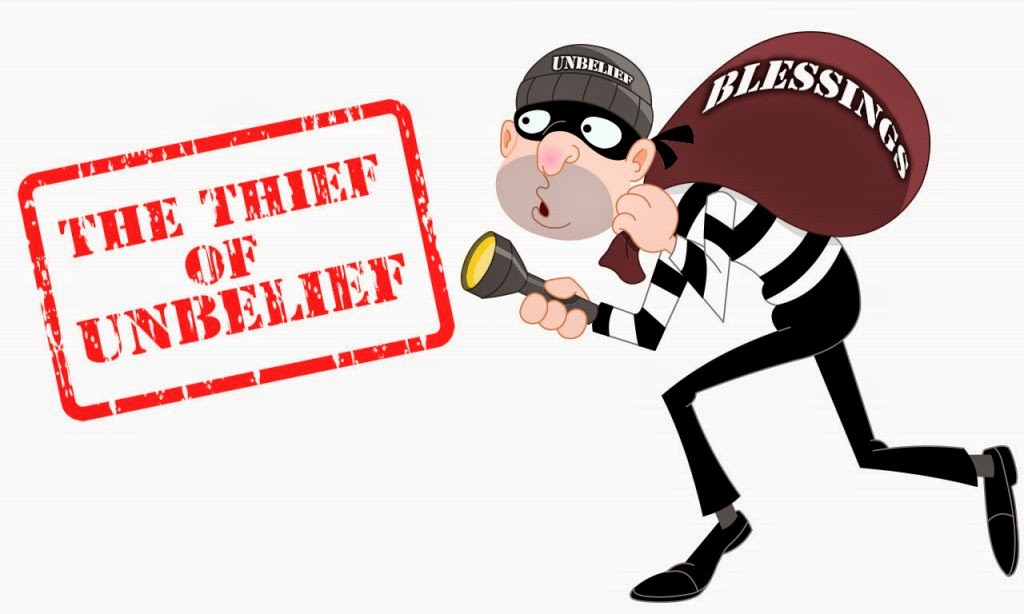 The four sins that we have already mentioned can easily be identified as sins by all believers. But when it comes to unbelief, almost all believers think of it, not as a sin but as a weakness. And therefore they don't learn to hate unbelief as they hate other sins.
But the Bible speaks of an unbelieving heart as an EVIL heart (He. 3: 12) Jesus rebuked His disciples seven times for unbelief. (See Mt. 6:30; 8:26; 14:31; 16:8; 17:17-20; Mk.16:14; Lk.24:25). It seems that He almost never rebuked His disciples for anything else!!
Unbelief is an insult to God, because it implies that God does not care or provide for His children even as much as evil fathers on earth care and provide for their children.
There is also a counterfeit faith being preached these days, as a means of getting things from God. But that is not the faith that Jesus preached. He wanted us to have faith to live by, in our daily life. Victory over depression, bad moods and discouragement can come only as we have faith in a loving Father in heaven and in the wonderful promises He has given us in His Word. 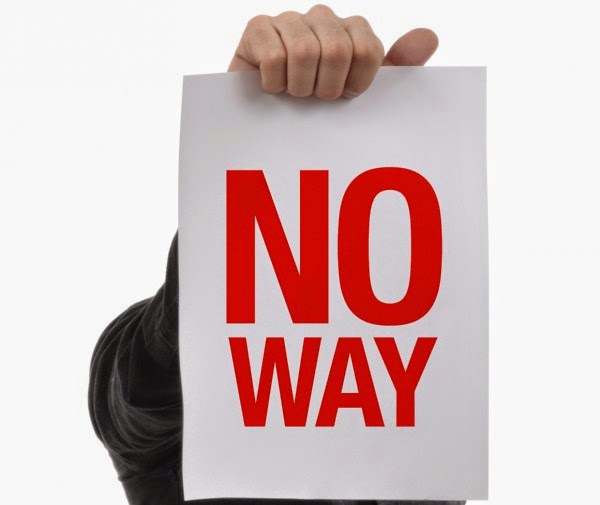 Twice we read of Jesus being amazed - once when he saw FAITH and once when He saw UNBELIEF!! (Mt. 8:10; Mk. 6:6). Jesus was excited whenever He saw faith in people. And He was disappointed when He saw people unwilling to trust in a loving Father in heaven.
Now That We Know
Now that we have understood what Jesus hated the most, it should be our aim to hate these five sins too. As we discover these sins in our lives, we must crucify them ruthlessly.
Many preachers read articles like this regularly, only in order to get points for their sermons. Let me warn all such: Satan will tempt you to use this article just to get five points for a sermon! But what you need to do, first of all, is to hate these sins thoroughly in your own life.
Then you will be able to proclaim God's Word with authority. Otherwise you will only be a Pharisee like many other preachers in the world.
He, who has ears to hear, let him hear.

By Zac Poonen
www.cfcindia.com
Posted by Unknown at Tuesday, February 17, 2015