Word of the Day: Its your Due Season

IT'S YOUR DUE SEASON 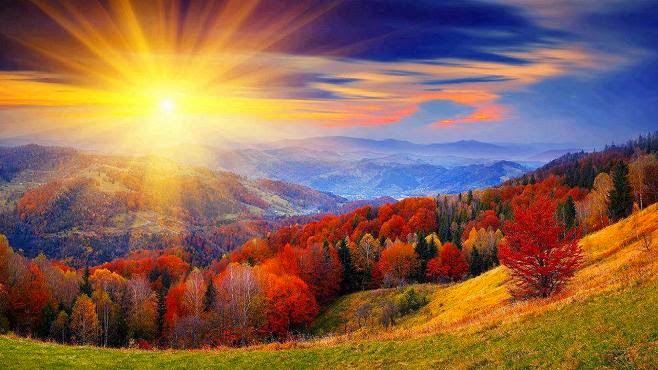 We all have things we’re hoping for. We have areas of our lives we want to see changed. 'I’ll just learn to live with it.' Although it’s good to be content where you are, don’t stay there. Stir your faith up.
God didn't bring you this far to leave you. You may not see how it will work out but God has a way.
Galatians 6:9 “And let us not be weary in well doing: for in due season we shall reap, if we faint not.”


Joel senses we’re entering into a due season. A year of showing out.
Dreams you’ve been praying about. Things will fall into place.
Problems you’ve believed to turn around – it's your due season.
You may have had that addiction for 20 years. This is your due season.
Maybe you struggled in your finances- Due season is here.
Promotion is coming. Lack is not your destiny.
Keep believing, keep expecting, keep honoring God and your cup will run over.
Words have creative power. 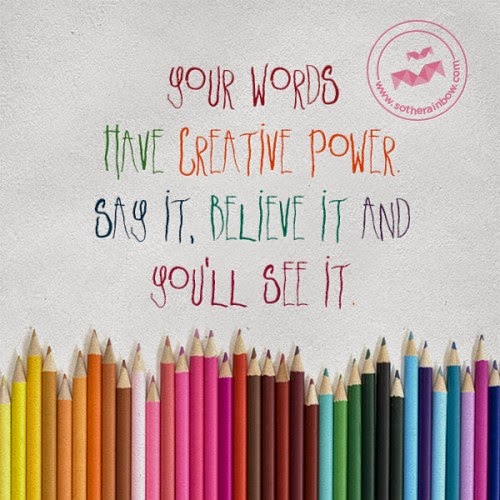 Let these words take root in your spirit. Your mind may try to talk you out of it. Your job is to believe.
Yes God I believe it’s my due season.

Many people struggle with depression. But you’ve come into a due season.
God is about to lift you out of that pit, set your feet on solid ground and put a new song in your mouth [Psalm 40].
Sadness must go. A new sense of joy is coming. 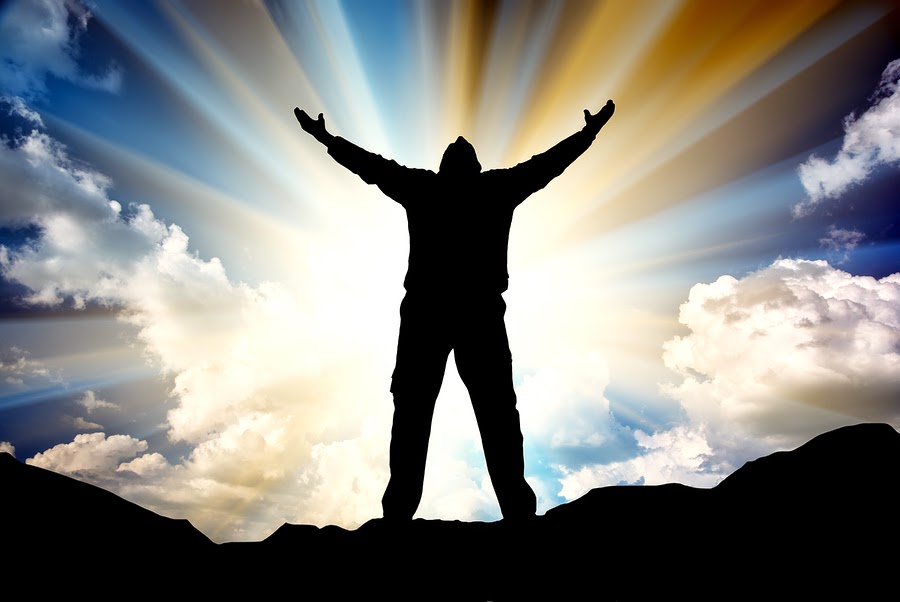 Joel was talking to young lady who went through a breakup about 3 yrs.’ ago.
He told her in this season divine connections are coming our way.
All through the day say "Lord thank You that 2015 is my year."
This is my year to go further in my career.
It’s your due season.
Dr. Paul’s son Matthew struggled with depression beginning at age 12.
The more Paul and Jennifer prayed the worse Matt got.
It got so bad he had to drop out of school.
The scripture says if you don’t get tired of doing what’s right you’ll see harvest’.
Paul didn’t see anything different but he kept praying and speaking health and blessings over Matthew.
Year and year went by with no sign of improvement.
But one day out of the blue the chains were broken and joy was restored.
He went back to school and finished high school, college and law school.
Today Matthew is an attorney on staff with Lakewood.

Maybe you’re facing a situation you’ve been praying about for a long time. Get ready for you are coming into a due season.
Like Matthew out of the blue things will change.
God knows how to bring you customers, new clients, favor.
He’s Jehovah Jireh our provider.
Keep believing, keep expecting, and don’t stop doing what’s right.
If Paul went around saying "I don’t think Matthew will ever get right", then he might not be where he is today.
Lord this is my year for increase; For that baby I’ve been dreaming about.
This is what lady with issue of blood had to do. [Mark 5:25-34]
The experts said she’d never get well. But she knew she was supposed to get healthy and well.
She heard Jesus was coming to town; something inside told her that it was her due season. Even though she was weak from losing blood,
She moved through the crowd to get to Jesus.
Mark 5:28
If I can touch Him I know I will be healed.
Healing is coming! Favor is coming! She was filled with expectancy
She reached out and barely touched the hem of His robe.
"Who touched me?” Jesus asked.
Somebody touched me with such faith and expectancy they drew the miracle power right out of me.
When we live with expectancy it gets God’s attention.
This is my year to accomplish dreams. To break free from depression.
We’re doing what this lady did. Your faith can stop Jesus in his tracks.
This lady released her faith. It started in her thinking.
You have to keep talking to yourself the right way.
If you have an illness you can’t say "I’ll never get well".
This is my year to get well.
The number of my days God will fulfill. This is my year to come into overflow. Favor surrounds me like a shield.
This is my year for divine connections. God is bringing the right people across my path. 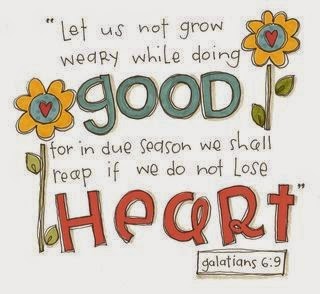 Maybe you had a setback last year.
This is your year to see beauty for ashes.
What was meant for your harm God will use for your advantage?
Zechariah said if you’ll be a prisoner of hope God will pay you back double for what you’ve been through. [Zech 9:12]
This is one reason we don’t see God’s best;
Ø Our mind is in neutral.
Ø We’re not releasing our faith.
Ø There’s no expectancy.
You can be in the right place at the right time but if you’re in the wrong frame of mind you’ll miss God’s best.
There were other people in the crowd but the woman with blood had the right frame of mind.
Do you believe this is your due season year? Jesus is passing by right now. He’s not moved by our needs. He’s moved by our faith.
The medical report may say you’ll never get well. Shake off the doubt.
You’re at the right place, at the right time. This is my year to …
If you’ll keep saying it to yourself and thanking God in advance God will take you where you could not go on your own.
He’ll restore what you thought was over and done.
He’ll happen out of the ordinary.
And you’ll say I didn’t see that coming.
Usually we say that about something bad.
But in this due season year we’ll see God’s best.
Moved into a beautiful new house – didn’t see that coming.
Let’s give them something to talk about.
This year let’s give them something to talk about.
The lady who was healed of the issue of blood probably told everyone what Jesus did.
Joel tells all about God healing his mother from cancer.
And delivering his nephew Matthew from depression.
God gave him something to talk about.
God put you at the right place at the right time.
You haven’t seen anything yet.
What God has in this due season year will be bigger, better, more rewarding. 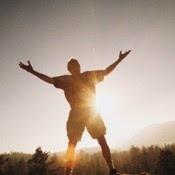 A man came to Lakewood who went to MD Anderson for medical treatment. He kept coming to Lakewood - glad to be here.
The doctor said that his incurable disease was inexplicably reversing itself. He'd never seen that happen before.  Didn’t see that coming.
Verse says when you honor God with your life His blessings will chase you down and overtake you. [Deuteronomy 28:1-2]
This year good breaks will chase you down. Overtake means "to take by surprise".
God is going to surprise you. Suddenly, out of the ordinary.
At book signing in New York a couple was excited. They met standing in line at Joel’s book signing standing next to each other in line.
They were now celebrating their one year anniversary. God knows how to connect you to the right people.
God has some surprises that would boggle your mind.
Things you’ve been praying about will suddenly fall into place.
God’s going to give you something to talk about.
Where would I be if I had not believed to see the goodness of God? [Psalm 27:13]
David was saying if I hadn’t believed maybe I wouldn’t have defeated Goliath, or become king, etc.
Where would I be if I had not believed?
There are blessings with your name on them right now stored up.
God’s already destined it to be yours.
If you think "This won’t happen for me; I’ve made too many mistakes…" That kind of thinking will keep you from God’s best.
Say "God I believe you’re going to be good to me."
When you live with expectancy God will give you something to talk about.
Some friends of Joel moved to another state to start a ministry.
They did the research about the area. They found a builder they really liked. Were told there was a year and half wait for that builder’s homes.
Decided to just check out model homes anyway.
Man chased them and said a home just became available. It was the very model they wanted.
There were 200 people in front of them but he felt like he was supposed to ask them. They said thank you but we only want a home if it's on a quiet street with a cul-de-sac.
The man drove the couple to the house.  It was on a quiet cul-de-sac.
They left that day saying "We didn’t see that coming."

Some of those blessings we had stored up He’s about to release.
Get in the right frame of mind.
Lord I want to thank You that this is my due season year.
In 2015 God will amaze you with His goodness.
You’ll see favor, health, increase, another level of your destiny.
In Jesus name.