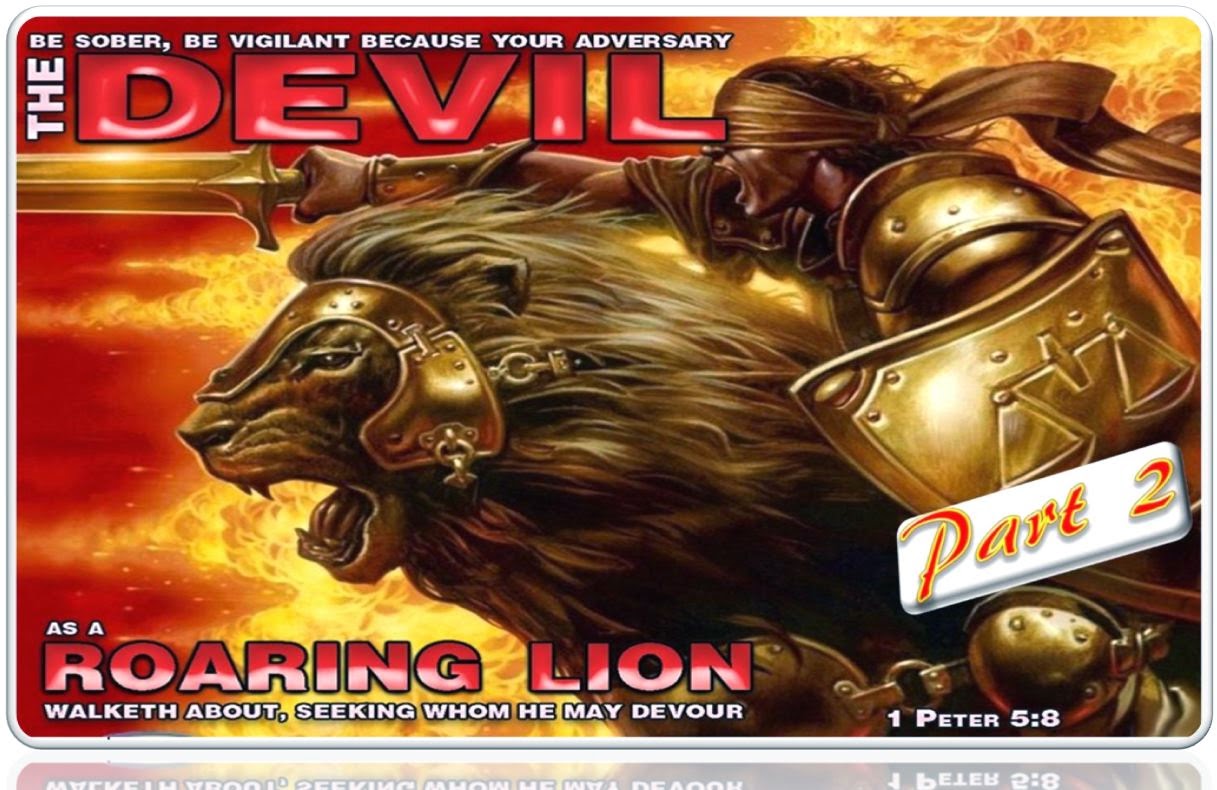 We started this topic yesterday where we exposed how Satan quietly roars in our lives; why we need to be cautious so that we don’t fall prey to the enemy. We looked at various way and tactics that Satan uses to penetrate in to our businesses, workplace, career and the home. You can access the earlier part of this message, here. Today we will conclude this topic by look further into the roaring of the enemy in our daily lives such as on the highway, the medical reports and surprisingly also in the church of God.


If there was ever a time when Satan’s roaring could be heard it is in our present day. Everywhere you turn, no matter what you read or what position you hold in life, Satan’s roaring is loud and convincing to the human heart. Even God’s people, who know the voice of God, can often be found cowering in fear at the intimidating roar of Satan.

We continue on the various ways the devil roars to steal our joy, our blessings are discussed as follows:
How does the roaring lion operate on the highway? 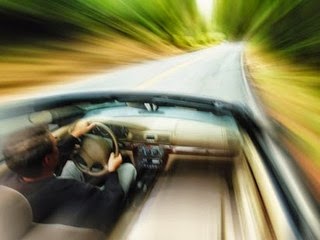 Satan’s roaring can be heard as you travel down the highway too. He roars when you get that feeling that they road is only for you and everyone else needs to get out of your way! He roars when you drive in constant fear that you won’t make it to your destination. He roars when you are caught in traffic and frustration and anger begin to take over.

Satan roars in your ear that this is just so unfair! Have you heard him roar lately? Has his roaring caused you to say things and do things on the highway that you had to repent of later?
How does the roaring lion operate in the doctor’s office? 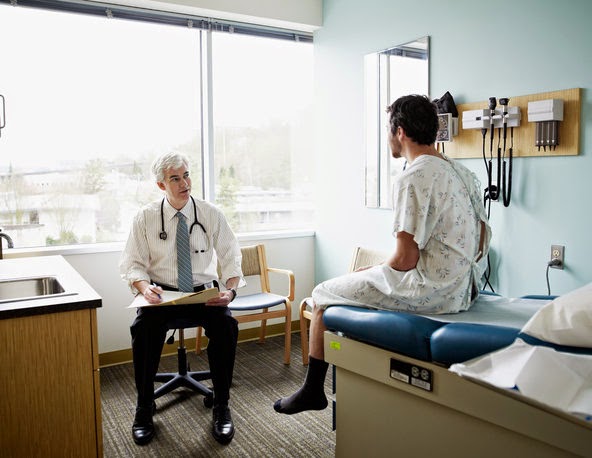 Satan’s roaring can be heard in the doctor’s office when you get some bad news. If the diagnosis isn’t good, his roar strikes fear and terror into your heart and the first thoughts that his roaring brings to your mind is that you won’t make through this one. The majority of Christians are immediately struck by this same fear and terror. Thank God that He is still faithful and still in the healing business. Many of those who succumb to the roaring of the devil eventually stop listening to his roaring and turn back to God in faith so that God can perform a miracle for them.
How does the roaring lion operate in church? 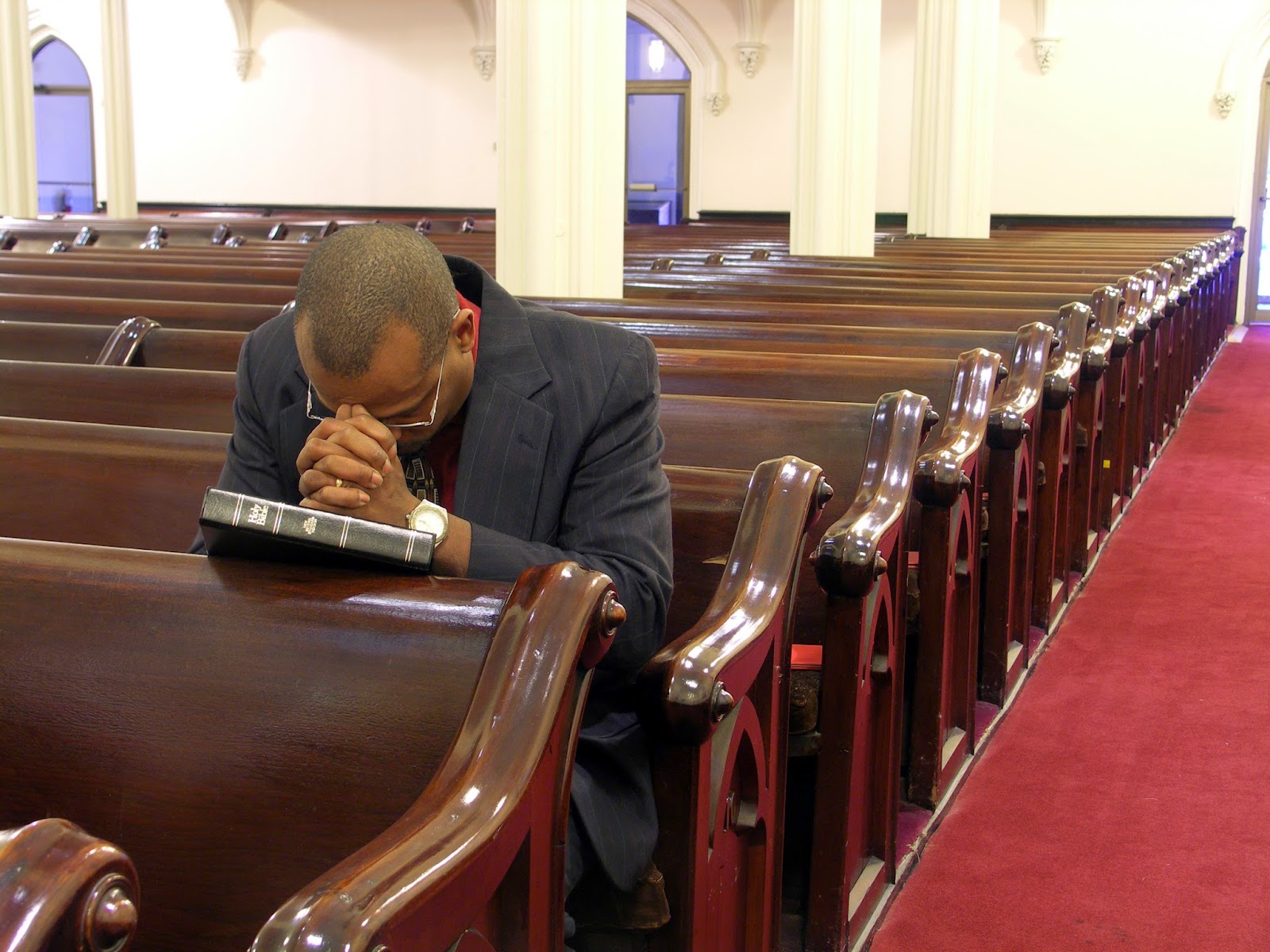 Satan’s roaring can even come against you as you sit in the very House of God. If we come into God’s house and allow him to, Satan will begin to roar in your ear that you aren’t good enough to be here. He will roar that you are wasting your time; that you will never make it to Heaven; that you can’t be forgiven, you’ve just done too much; he will roar that God doesn’t really care; and he will even roar that God doesn’t even exist and that all this religious stuff is a fairy tale.
Notice that scripture says that the devil walks about, going to and fro! He is just like a lion that runs here and there, famished with hunger, sneaking, scheming, and planning to attack his prey and to bring it down to death and destruction. If he can scare them so bad that the animal can’t run they will be easy prey. If he can make them so afraid that they can’t think straight and run themselves into a trap, then he can easily capture them. If he can get them to separate from the herd and run on their own, they become much easier to catch and kill. Satan uses those same methods. He often comes in through an unsuspected method. He sneaks up and attacks from the back. Thank God that the Holy Spirit knows his wiles and is never surprised.

He roars in your ears, strikes terror and fear into your heart, bringing doubts to your mind about God and the promises in God’s Word, and then he runs to God to “tattle” on you, hoping to bring God’s judgment against you for sin. Thank God that we have an “advocate with the Father”!
1 John 2:1, "My little children, these things write I unto you, that ye sin not. And if any man sin, we have an advocate with the Father, Jesus Christ the righteous:"
Jesus is my legal counsel before the Throne of God. He is on my side and he has already defeated the devil at his own game. Jesus has paid the price for every one of my sins and yours. There is no accusation that Satan can bring before God concerning you that Jesus has not already paid the penalty for. God’s judgment is stayed and Satan’s accusations are made null and void because the penalty has already been exacted and paid for in the Blood of Christ.

Nevertheless, we are commanded to be sober, vigilant, watchful and careful because the devil never quits trying. He is ever seeking for a way to get to you and destroy your faith in God; to destroy your testimony before men; to steal your victory in Christ; to imprison your heart in doubts and fear; to steal that eternal life that God has promised. That’s Satan’s job and he never quits trying, so be careful and watch for his tricks. Don’t fall prey to his roaring!

Yes, the devil never quits “roaring” – he is ever trying to do whatever he can to destroy all that is good, holy and righteous.

But there is another Lion that I want to bring your attention to. He is the Lion of the Tribe of Judah.

In the Book of Revelation John is struck with desperation and begins to weep because no one in all of Heaven and earth is found worthy to open the book that contains the “deed” to all of God’s creation. This little book represents the “payoff certificate” or the “bill marked Paid in Full” for the redemption of God’s creation and the souls of men who are destined for Heaven.

Revelation 5:5, "And one of the elders saith unto me, weep not: behold, the Lion of the tribe of Judah, the Root of David, hath prevailed to open the book, and to loose the seven seals thereof."

The Lion of the Tribe of Judah, the only begotten Son of God, made one great roar as he hung on the cross. That one last statement of Jesus, made just before he gave up the ghost and died, has resounded through all of creation, and for all of history, as the one most powerful roar that could ever be heard when Jesus said, “IT IS FINISHED”!

Isaiah 31:4-5 gives us a picture of the Lion of the Tribe of Judah, "For thus hath the LORD spoken unto me, Like as the lion and the young lion roaring on his prey, when a multitude of shepherds is called forth against him, he will not be afraid of their voice, nor abase himself for the noise of them: so shall the LORD of hosts come down to fight for mount Zion, and for the hill thereof. As birds flying, so will the LORD of hosts defend Jerusalem; defending also he will deliver it; and passing over he will preserve it." 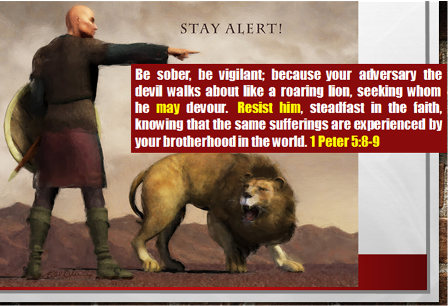