Today’s message is focuses on major forces a man likely to encounter in the Journey of destiny.
Unto every man or woman of destiny, there are seven main spiritual forces you may contend with. In different cases, a person may contend with just one of them or two, there or more. We will list the seven forces and concentrate on one of this force.


There are Forces that have been in existence before now; they are not physically present today, but that spirit at work in several other forms.
Forces that existed in the Old Testament are like shadow; their spirit still manifest in recent times.
For example; there is Babylon in this days but its sprit still exist.
Forces to Contend With in the Journey of Life
1. Spirit of Cain
This is the spirit of household wickedness; the operation of domestic witchcraft. 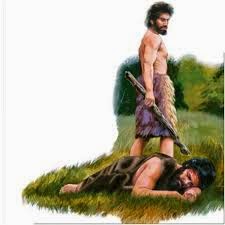 The major problem of  the black man is domestic witchcraft; remove this problem form a black man, then then will be very less battle. Some of the people we call family, are the lion’s den.

I Pray; May the lion in the den of your family, be silenced in the name of Jesus.
2. Spirit of Herod
This Infant / foundational terminators.  The sprit that kills good things from the start.

Pray like this; Powers that kills good things prematurely in my life; die in the name of Jesus.
3. Spirit of Goliath
This are Intimidating and powerful antagonist powers; They represent Fearful enemies. 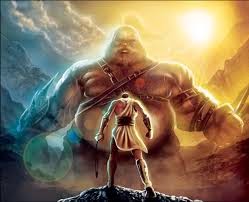 Pray Goliath confronting, you shall Lovato the frying Graff
4. Spirit of Jezebel
This is the power of the Immorality hook; when the enemy tries everything possible to bring a person down and fails; they throw in the hook of Immorality. 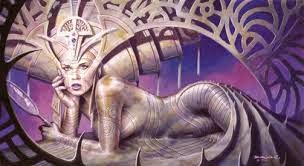 These are Adultery, phonograph, fornication and the likes.

5. Spirit of Absalom
This represent the power of close enemy within the camp. 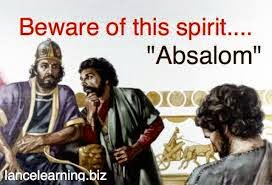 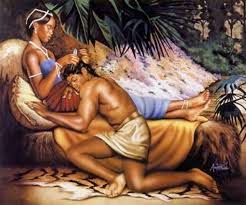 To meet them is tragedy and disaster that you may never recover
Like Samson never recovered from the disaster of meeting Delilah.
7. Spirit of Pharaoh
We will concentrate on operation of this spirit.
"Afterward Moses and Aaron went to Pharaoh and said, "This is what the Lord, the God of Israel, says: 'Let my people go, so that they may hold a festival to me in the desert.'" Pharaoh said, "Who is the Lord, that I should obey him and let Israel go? I do not know the Lord and I will not let Israel go." {Exodus 5:1-2} 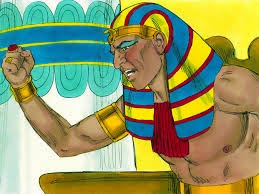 The descendant of Abraham move to Egypt; they became a great nation and thereafter began to cry to God for deliverance.
The place Egypt is a very unique one; the Egyptians worshipped over 80 gods. They worshipped Frogs, trees, ox, ram, wolf, cat, vulture, cobra, vultures and even Pharaoh himself.
Pharaoh was referred to as a god; He was the chief priest and led the worship on a daily basis.
In our modern age; what does the Spirit of Pharaoh Represent?
Ø It’s the spirit of destiny terminators.
Pharaoh instructed that new born babies be killed.
Ø Strong man leading evil army
Ø Spirit that want to recapture you back to Egypt. (Place of bondage).
Ø Represents the Enemies Insulting our God.
Ø Represent Spirit that employees sorcerers, witchdoctors and diviners against us
Ø They are the Spiritual exploiters; they use people to bring gain to themselves.
Ø They are hard Task Master.
Ø They want to determine how far you can go. Pharaoh said, you can't leave, stay here and die.
Ø Represent spiritual stagnancy.
Ø They limit your progress.
Ø They Cages Christian for Christianity. Pharaoh said, at some time; you may go but let you children remain.
I pray; Every power that does not want your children to serve God, shall die in the name of Jesus.
Ø Represent Financial Embargo. They are the power that is saying “NO” to one’s progress.
There are times on deliverance ground; some powers will speak out of a person and say; “NO” why should I go out? Were you there when she was dedicated to us?
I pray; Every power saying “NO” to your moving forward shall die in the name of Jesus.
Ø Represent stubborn pursuers.
Ø Represent spirit of destruction.
Ø They Disallow people from going to their promise land
Ø They are Human, physical, environmental factors working against your moving forward
. . . You will get more of this, from the audio CD or book
This is the reason, we sing some Pharaoh-destroying Songs here; 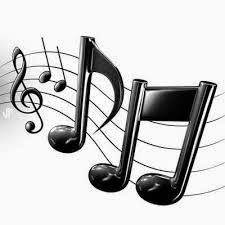 Pharaoh cannot be begged; cannot be pacified; cannot be appealed to; He only answers to death.
Until the angel of death visited Pharaoh, He did not succumb; until Pharaoh perished in the red sea, He did not relent; Death is the answer to Pharaoh-like Situation

The Backbone of pharaoh
There are some things that strengthens Pharaoh to refuse to let a person go. Though you pray very hard; so many deliverance but there is still not result.
Deal with this things first.
1.   When you stubbornly stick to sin
The man at the Pool of Bethsaida, was told to stop sinning after Jesus healed him. The man has been sick for 38 years; sin subjected him to sickness for 38 years. 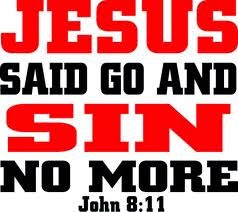 2.   When evil promissory note on you has been given by your parent
Many people are suffering today because of the promise their parent made in the past.
Most of the time, it is by ignorance but becomes an evil dedication
They think that, they are helping but they put their children in bondage
A lot have been born into parental deficit. 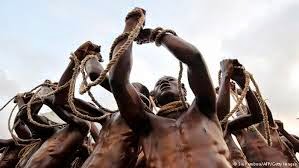 The bondages are legally binding in the spirit realm
You need to pray to cancel this satanic promissory note made on your behalf; Let the angels tear this notes to pieces.
3.   When an evil angel has been assigned against you.
There are some people being followed about, to cause trouble, put them into problems. They make businesses not to move forward.
This is the reason, we pray prayers about; every follow-follow powers.
4.   When your destiny is considered to be very risky.
Sometimes, the enemy is scared of some destiny; they can see a life might be very successful and start to propagate the gospel or a life to cause problems in the kingdom of hell; so they attack.