Satan is a master schemer. He knows that if people are told to choose between God and Satan, no one will choose Satan. But when the choice is between God and Mammon, Satan knows that even believers will find it difficult to make a decisive choice.
Satan knows that most Christians choose their jobs and their place of residence, etc., based on their passion for Mammon (property and money) rather than on any desire for the promotion of God's kingdom.


Satan knows that all such believers are useless for God's purposes, irrespective of the amount of religious activity they engage in.

Satan also knows that most of the Christian work in the world is more dependent on Mammon (money and property) than on the power of the Holy Spirit.
Satan knows that all such Christian work will not have any eternal value - even if the reports of such work appear impressive when presented attractively by "public relations experts" in colorful Christian magazines!!
We must not be ignorant of Satan's wiles. It is against Satan's wiles that we are told to stand firm, and not against his wrath (Eph.6:11). Satan's wrath has never hindered the work of God at any time. Persecution has only made the church of Jesus Christ flourish in every country and at all times. But Satan has often succeeded with his wiles, where he has failed to accomplish anything with his wrath (see Rev.12:11, 12).
Satan is happy to be hidden out of sight, because he knows that he can deceive people better that way. He knows very well that when a believer is influenced by the love of mammon in his decisions, he is actually serving the prince of Mammon, even if he imagines that he is serving God!!
When a believer's attitude to Mammon is wrong, he will be wrong in every other area too - because he then becomes a part of this world system that our Lord came to destroy. 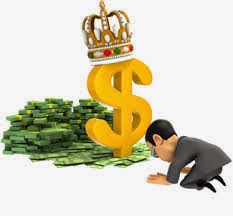 Such a man is a traitor to the Lord's cause on earth, even though he may not realize it. He is actually working on Satan's side, without knowing it. This is the fundamental problem with many believers today. They have not understood Satan's schemes.
Before Jesus went to the cross, He told His disciples, "The prince of this world comes and he has no power over me" (John 14:30 - Living). Mammon had no power over Jesus. And so Satan could find no foothold in Him and could not touch Him in any way. But Satan finds plenty of footholds through Mammon in the lives of most believers. Thus he is able to divert them from God's perfect plan for their lives.
Throughout the last 20 centuries, the greatest opposition for the Lord's servants has always come from "Christians" and so-called "believers" who are Biblical in all their doctrines except the doctrine of "the love of money"! It is not at all surprising that "believers" who worship Mammon oppose God's true prophets. Jesus Himself faced such opposition from the leaders of the Pharisees who had all their other doctrines right (Matt.23:3), but who loved and served Mammon (Luke 16:14). 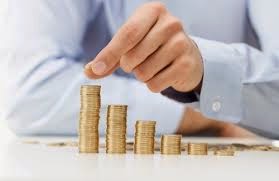 Christians who pursue after Mammon have plenty of money to travel whenever they like, and wherever they like. They also have enough to buy whatever they like, whenever they like. Only lovers of Mammon can afford such expensive habits. But those who have an extravagant lifestyle can never be witnesses for the Lord in the midst of a suffering world.
It is dangerous to have money far beyond what we need. It was because Jonah had plenty of extra money that he could afford to buy a ticket to go to Tarshish - in plain disobedience to the Lord's command. How safe Jonah would have been from such a temptation, if he did not have any excess money available with him at that time.
It was to save His apostles from such temptations, that Jesus left them poor in the world. The Lord Who made Job, Abraham and David rich could easily have made His apostles rich too. But He didn't. Why? Because new-covenant apostles, unlike Old Testament saints, had to wage war against Satan. And when Satan came against them, it was essential that Satan should find "no love for Mammon in them"? Otherwise the Lord's purposes could never have been fulfilled through them.
What about you? When Satan comes against you, does he have power over you, because he finds the love of Mammon in you?
The battle against Satan is not fought on earth, but in "the heavenlies" (Eph.6:12). It is there that Satan's power has to be bound by us (Matt.18:18). Only those who are heavenly-minded can fight this battle. Those who love Mammon are earthly-minded and are useless in this battle. Satan knows that very well, even if believers don't. 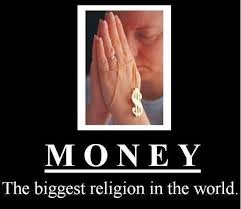 In heaven, the saints walk on golden streets. Heaven has been prepared for those who have learnt to put gold under their feet even on earth. Our fasting and praying cannot accomplish God's purposes, if we love Mammon and are earthly-minded. It is only the prayer of "a righteous man" - one who has been freed from attachment to earthly things, like Elijah - whose prayers are effective before God (James 5:16, 17). This is why God allows us at times, to lose large amounts of money - to deliver us from the love of Mammon and to make us effective for Him.
It will be very difficult for a disciple of Jesus, if he is totally honest and wholehearted, to become rich through his business in a world that is under the dominion of Satan. To become a wealthy man in such a world, one would have to follow Satan's principles in some area or the other, and disobey the principles of God's Word. The Bible clearly says,
"Those who want to get rich fall into temptation and a snare and many foolish and harmful desires which plunge men into ruin and destruction." (1 Tim.6:9). One who seeks to be "rich towards God" can never become "rich in this world" (Luke 12:21; 1 Tim.6:17).
This applies also to preachers who become rich through preaching the gospel and selling Christian books and tapes. Another gimmick these days is to conduct tours to Israel ("the holy land"??). If a preacher can gather 10 people for a trip to Israel, the travel agent will give him one free ticket. All such preachers are worshipping "the golden calf" and are servants of 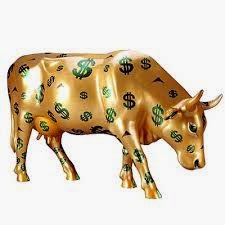 Mammon, and not of the Lord Jesus Christ. [Someone asked me once if I had ever been to the holy land. I told him I was walking there every day!]

The "prosperity gospel" was invented in the latter half of the 20th century by Mammon-loving preachers who had to find some "Scriptural" explanation to justify their extravagant lifestyles and the immense amount of wealth that they had accumulated from the tithes and offerings of their "devotees". So they hunted up Old Testament promises that God had given to Israel and began to proclaim those promises as the unfailing mark of God's blessing today. And money-loving believers gladly lapped up this new gospel! 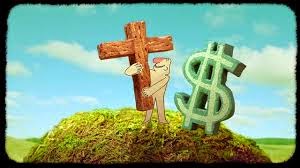 A secular journalist in the U.S.A., who heard of such a church where the "prosperity gospel" was being preached, wanted to find out if this teaching really worked. So he went to the church's parking lot and checked out the makes of the cars parked there. He found that the cars parked in the spots reserved for the "Pastor" and "Assistant Pastors" were expensive cars!! But most of the other cars were cheap ones! He concluded that the "prosperity gospel" did work - but only for those who lived off the tithes and offerings of the congregation!! The rest of the congregation remained in the same condition that they had always been in!
Even in poor countries like India, preachers are becoming rich, off the tithes and offerings of poor people, through this counterfeit gospel.
What must the Lord think of the Christian "church" and its leaders today, who have pursued after Mammon, become tolerant of sin, and thus made themselves powerless in the battle against Satan. The gates of Hell have prevailed against this "church". And that is the clearest proof that this "church" is not the church that our Lord is building - for the powers of darkness can never prevail against that church (Matt.16:18).