Word : Too Late to Pray

Culled and revised jottings from a sermon from Dr. D.K Olukoya. General Overseer of the Mountain of fire and Miracles Ministries.
Sermon Date: Sunday, 15th March, 2015
@ MFM Headquarters, Lagos.
Too late to pray

Prayer is the most powerful force that ever existed. It is an awesome key of faith. Prayer is the only thing that the devil cannot do because he has nobody to pray to.
All thing in the house of God has a substitute except pray. Is it offering, preaching and so on; they all have a substitute but prayer has no substitute.
Prayer can do all things; physical or spiritual. God does everything he does through prayer. Every great revival ever experience can be traced to the power of prayer.


Prayer is not the preparation of battle; prayer is the battle itself. It is the hand that moves the world around; it is the gateway to God’s blessing. 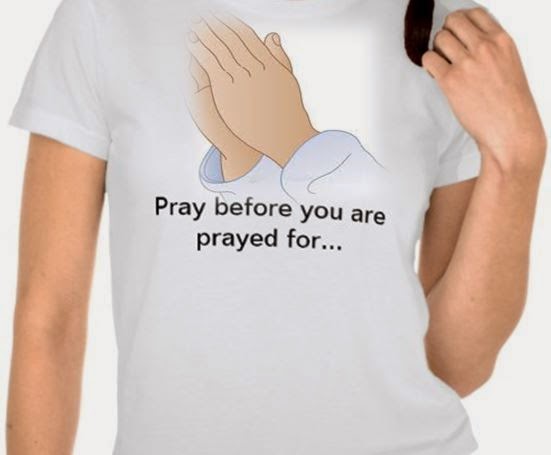 
As powerful as this prayer is; there is a situation may arise where it is too late to pray
{Matt 26:31} "Then saith Jesus unto them, All ye shall be offended because of me this night: for it is written, I will smite the shepherd, and the sheep of the flock shall be scattered abroad.”
Jesus was telling the disciples about a night; A prophesy about a night of sorrow; night of Denial; night of Temptation.
Jesus prophesied that Peter will denial him before the cock crow trice.
Jesus also told them what to do; He made a recommendation
{Matt 26:41}"Watch and pray, that ye enter not into temptation: the spirit indeed is willing, but the flesh is weak." They are supposed to watch and pray”
If they had prayed, they would not had entered into the temptation. Many have refuse to watch and pray, which has thereafter entered into temptation.
The disciples did not pray, hence they sleep instead of pray and they now entered into the temptation 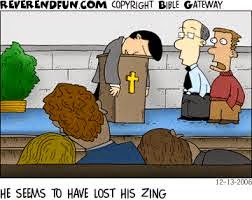 Hear this truth;
In every age, before Satan attacks, he first sends a spirit of slumber upon those who are supposed to watch and pray against him
This has happened in the history of the church and even in the Bible; slumber has allowed the devil to infiltrate the church.
Jesus said; the spirit is willing but the flesh is weak. 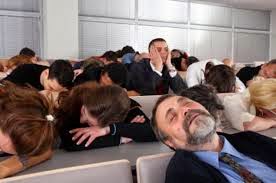 In the life of the disciples, Spirit lost to the flesh due to sleep.

God will not always worry the people to pray; there will come that time when the prayer will not make difference anymore; because it will be too late.
{Matt 26:43-45}"And he came and found them asleep again: for their eyes were heavy. And he left them, and went away again, and prayed the third time, saying the same words. Then cometh he to his disciples, and saith unto them, Sleep on now, and take your rest: behold, the hour is at hand, and the Son of man is betrayed into the hands of sinners."
Jesus even ask them to sleep on; because it was late for them to pray.
The time you were supposed to pray on that contract; that job; that child of yours; that business; you did not pray.
Now that; things have gone out of place, you now want to start pray.
I pray for you; “May it never be too late for you to pray; in Jesus name.”
Condition where prayer becomes too late 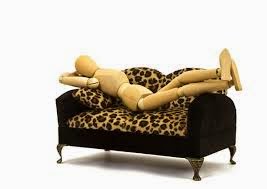 When you allow the spirit of slumber to replace your time of night vigils and prayers. There are time God wakes you up to pray and you didn't listen.
That time when a decision was to be made against you, God woke you up to cancel their verdict but you slept on. Now that have concluded, made the verdict, sealed it, you now wake up to pray; It is too late.
Some times when you want to ease yourself, it is a time to say some prayers.
The most difficult time to pray is between 3 and 4 in the morning; and that is also the time with the highest spiritual transaction traffic is usually concluded.
5 Key Prayers everyone should always pray to pray
1.   Father, do not let me pray When It is too late.
2.   Father, do not let me pray when it went be acceptable
You can get the rest prayers from the audio CD or book 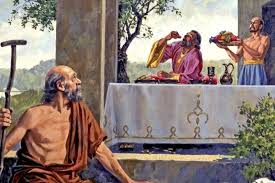 {Luke 16:19-31}
“There was a certain rich man, which was clothed in purple and fine linen, and fared sumptuously every day: And there was a certain beggar named Lazarus, which was laid at his gate, full of sores, And desiring to be fed with the crumbs which fell from the rich man's table: moreover the dogs came and licked his sores.
And it came to pass, that the beggar died, and was carried by the angels into Abraham's bosom: the rich man also died, and was buried; And in hell he lift up his eyes, being in torments, and seeth Abraham afar off, and Lazarus in his bosom. And he cried and said, Father Abraham, have mercy on me, and send Lazarus, that he may dip the tip of his finger in water, and cool my tongue; for I am tormented in this flame.
But Abraham said, Son, remember that thou in thy lifetime receivedst thy good things, and likewise Lazarus evil things: but now he is comforted, and thou art tormented. And beside all this, between us and you there is a great gulf fixed: so that they which would pass from hence to you cannot; neither can they pass to us, that would come from thence.
Then he said, I pray thee therefore, father, that thou wouldest send him to my father's house: For I have five brethren; that he may testify unto them, lest they also come into this place of torment.
Abraham saith unto him, They have Moses and the prophets; let them hear them. And he said, Nay, father Abraham: but if one went unto them from the dead, they will repent. And he said unto him, If they hear not Moses and the prophets, neither will they be persuaded, though one rose from the dead.”
This is a powerful story that Jesus told. There are several lessons that can be learnt for the passage; in fact, we can get over 50 lessons for the passage.
Some of the lessons for the passage:
1.   Use your money and opportunity to serve the lord
2.   Have pity for poor.
3.   Sin of neglect to things of God is very dangerous.
4.   No second chance after death. You Determine your heaven during lifetime
. . . You can get the rest of the lessons from the audio CD or book
Lazarus was poo on earth but loved the lord when He died Angels took him to father Abraham’s bosom.

The rich man was so rich on earth; he lived in luxury daily; the bible did not even recognized his name; though people at that time will all know the man because of his affluence; when he died; angel did not pick carry him ; though he was given a befitting burial.
In hell fire; the suffering rich man cried and prayed two prayers;
(1.) Water and (2.)Witnessing to his family


His prayers were not answered; the prayers were prayed too late.
The greatest prayer bombardment ever experience will be in hell fire; where a lot of souls will be praying seriously but it will be too late.
Why was the rich man’s prayer not answered?
1.   The Prayer was at the wrong time; he prayed the prayer in hell fire; in the grave; Prayers are useless in grave. Now that you are alive, you have the time to pray.
The Rich man knows how to pray but he prayed too late.
He was like the five foolish virgin.
Today is the day of salvation, tomorrow may be too late.
2.   Prayed in the wrong place. He prayed in the wrong place
{Eccl 9:10}"Whatsoever thy hand findeth to do, do it with thy might; for there is no work, nor device, nor knowledge, nor wisdom, in the grave, whither thou goest”
Riches don't take people to heaven. 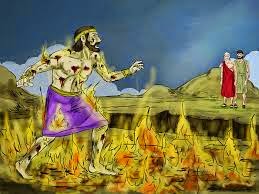 Abraham was very rich also but he also served the lord.
The rich man left his riches when it was time; He journeyed to the place he had prepared, when he was on earth; Hell Fire
The rich man prayed a prayer but it was too late.
By the divine mercies of God; It won’t be too late for you in the name of Jesus.
A lot of ladies look at negative example
They say, some people are not living right and doing well; so why don't I join them. May it not be too late for you!
3.   The rich man prayed to the wrong person. He prayed to Abraham instead of praying to God.
. . . You can get the remaining Reasons from the audio CD or book
Prayer is useless if you wait till you die; Time to pray is now
Mercy is not available in hell fire. It is fools that don't prepare for heaven.
It is only fools that will allow 2 -5 minutes to destroy their heaven.
Money cannot save; the Bible is sufficient to save. Death is a great equalizer. 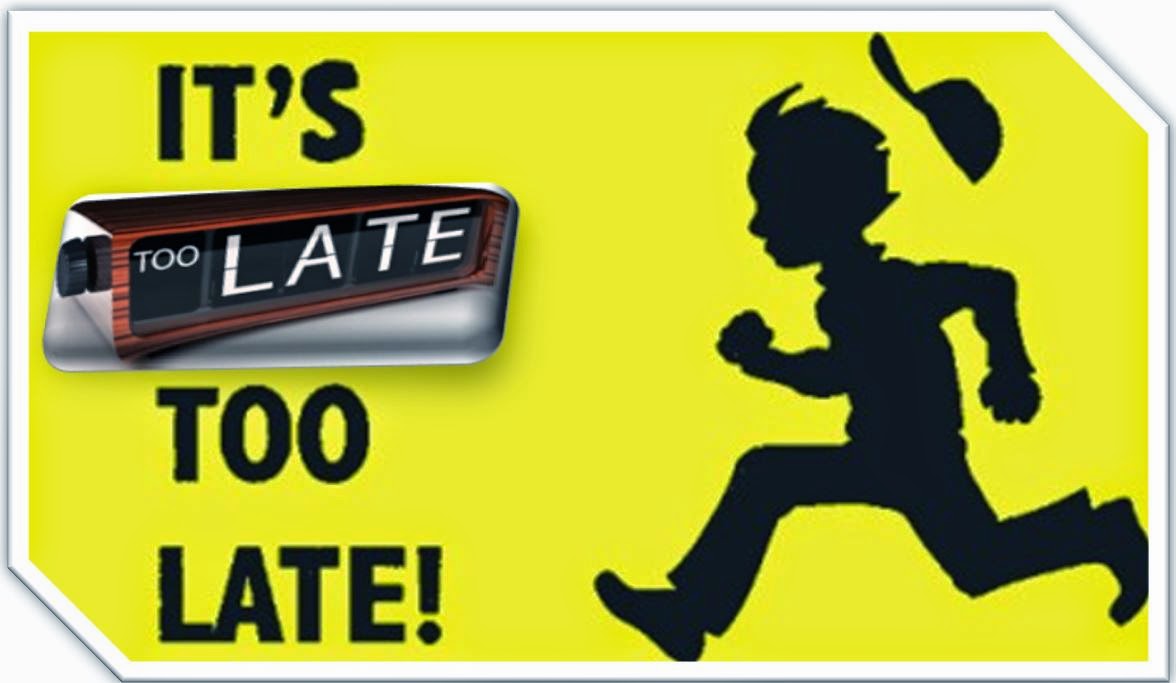 What do you need to do?
{Psalm 51:17} "The sacrifices of God are a broken spirit: a broken and a contrite heart, O God, thou wilt not despise."
God specializes in broken things.
Ø It is when the Ground breaks that anything can grow.
Ø The cloud has to break for it to bring forth rain.
Ø Not until a Man is broken; He cannot receive God’s Power break
Ø Not until a Man is broken; God cannot use the person for his assignment.
Brokenness is what makes you useable to God.
Brokenness is total obedience. With brokenness, there can be no pride; there can be no fornication, no steal, no gossip, no drinking, and no anger.
It is then that God can use you.
. . . To get more detail on this; Get the Booked titled “BROKENESS” by Dr. DK Olukoya and also from the audio CD or book

Illustration Story
A Father took a his son to another man’s farm to steal yam. On getting to that farm, he put the boy at the entrance to keep watch and he went ahead to start stealing the yam. 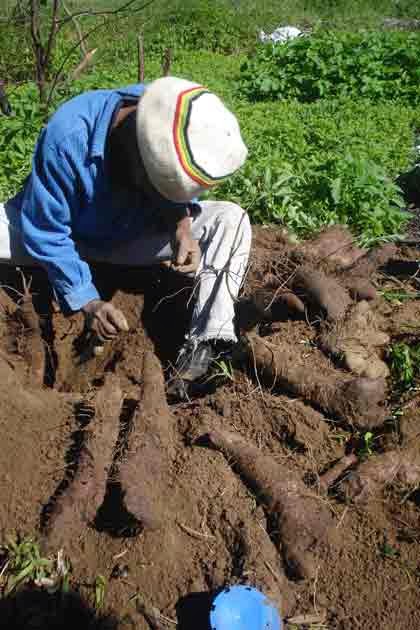 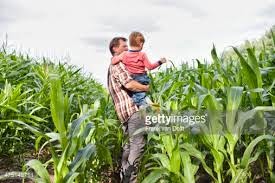 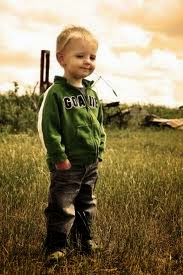