Word :Characteristics of a Virtuous Wife

Characteristics of a Virtuous Wife

When God made Eve, it was in order that she might be a helper suitable for man. “And the Lord God said, It is not good that the man should be alone; I will make him an help meet for him”{Gen 2:18}The glory of this ministry is seen, when we notice that the title of 'Helper' is what Jesus used to refer to the Holy Spirit as well (Jn. 14:16)!
As the Holy Spirit invisibly and silently, yet powerfully helps the believer, even so the woman was created to help the man. The ministry of the Holy Spirit is 'behind the scenes'. So is the woman's to be.

The life of Jesus also is an example to woman; for God's Word states that man is the woman's head in exactly the same way as God (the Father) is the head of Christ (1 Cor. 11:3). Jesus always acted in submission to His Father.
A God-fearing sister will act likewise in relation to her husband. Eve's mistake in the Garden of Eden was that she failed to consult her husband before she took a decision. Thus Satan deceived her (1 Tim. 2:14). Where Eve failed, God calls Christian wives today to manifest the glory of submission to their husbands, exactly as Jesus was to the Father and as the church is to Christ (Eph. 5:24). Sin entered the universe through the rebellion of Lucifer. Salvation came through the submission of Christ. The spirit of humble submission to God's authority is the greatest power that there is in the universe - for it is the Spirit of Christ. That Spirit conquered all the spirits of rebellion on the cross.
When a wife submits to her husband, she is actually submitting to the authority of God's Word which commands her to do so; and she is then being influenced by the greatest power in the universe. Even unconverted husbands can be won over by that power (1 Pet. 3:1, 2). If she lives in that submissive spirit during her earthly life, she will be an overcomer, and will qualify to reign with Jesus for eternal ages (Rev. 3:21). 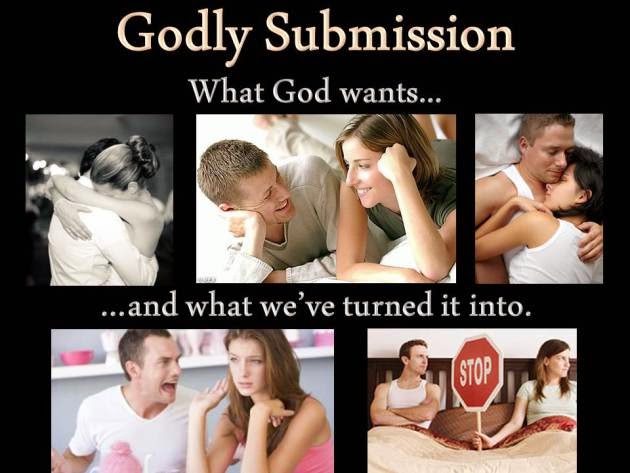 Here is where Satan deceives the woman again. As he led the angels astray, he leads the woman astray - through the spirit of rebellion. A rebellious wife converts her home into a barren wasteland, worse than any desert (that is the implication of Prov. 21:19). On the other hand, a virtuous, submissive wife crowns her husband as a king and thus converts her home into a palace (Prov. 12:4). Your home can either be a palace or a desert, spiritually speaking. It all depends on the type of wife that you are. No wonder that what God values most highly is a meek (gentle) and a quiet spirit (1 Pet. 3:4).
Prov. 31:10-31 describes some of the characteristics of this virtuous wife. Her heart, hands and tongue are described as excellent. Nothing is mentioned about her physical beauty or her feminine charms, for these are declared to be worthless and deceptive (Prov. 31:30). It would be an excellent thing if all women and young girls, and especially young men considering marriage, realized this fact. 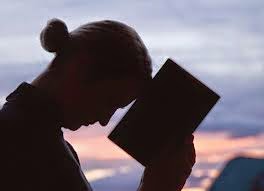 The virtuous woman described here, has a heart that fears God (Prov. 31:30). This is the foundation for her whole life. She works with her hands, stitching clothes, cooking meals, planting trees and helping the poor (Prov. 31:13-22). She uses her tongue at all times with kindness and wisdom (Prov. 31:26). She is God-fearing, hard-working and kind - even if she is not beautiful. The glory of God is manifested through her pure heart, rough hands and soft tongue. (Worldly women, in contrast, have an impure heart, soft hands and a rough tongue!). It is in these areas that God looks for women today to manifest His glory.
As a wife, this virtuous woman is a true helper to her husband. She does him good consistently till the end of her life - not in fits and starts (Prov. 31:12). In other words, she never loses her first love for him. She also adjusts herself to his profession and calling in life, supplementing his income with her own quiet labours at home, being thrifty and careful in expenditure, so that no money is wasted. She relieves her husband of home responsibilities, so that he can have a ministry in the land for the Lord (Prov. 31:23-27). No wonder her husband praises her saying that of all the women in the world (including women prime ministers and women preachers), she is the best of the lot (Prov. 31:29).

Such a woman certainly deserves to be praised publicly too (Prov. 31:31), for she has understood the glory of her calling as a woman.
Zac Poonen