Word of the Day: What is Life ?

Culled and revised jottings from a sermon By Pastor Ladejola of the
Mountain of fire and Miracles Ministries.
Sermon Date: Sunday, 5th May, 2015
@ MFM Headquarters, Lagos.
What is Life?

Today’s message is an awakening call to the reality of the mystery of this world and the life we live in. A lot of people live their life like life is going to be forever. A lot can spend three month without thing of eternity, thinking that there is a destination that is the most certain. The is a encourage you today to do a self-assessment and align as perspective to the real life perspective through the analysis of the mysterious question; “What is Life?”


What is life?
Everyone is here as a sojourner on earth; it does not matter how many years you spend on this earth; you will exit this earth one day.
According to the book of Job, Man is of a few days which man will certainly must leave.
The question; what is life? Is a mystery; this question cannot be answered by the philosophers, biologist or the psychologist.
The question can only be answered by the book of life; the word of life.
"But the day of the Lord will come as a thief in the night; in the which the heavens shall pass away with a great noise, and the elements shall melt with fervent heat, the earth also and the works that are therein shall be burned up. Seeing then that all these things shall be dissolved, what manner of persons ought ye to be in all holy conversation and godliness, Looking for and hasting unto the coming of the day of God, wherein the heavens being on fire shall be dissolved, and the elements shall melt with fervent heat?" {2 Peter 3:10-12} 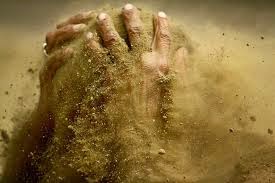 The life in this world is very fragile and volatile; anything can happen at any time. The bible records that there will be a sudden blast that will usher in, the son of God.
Observing the times we are in the world, you will see the consciousness of God in the whole world.
It can happen anytime, you cannot afford not to be ready; it is paramount that you prepare for this day. This is the time to prepare.
After the Rapture; many works will be useless.
ü Big Bible will be useless.
ü Holiness & Brokenness is useless.
ü Your Tithe & offerings are useless.
ü Your distracting Jewelries are useless.
ü Your violent evangelism is no more relevant.
May you not miss this day of rapture; in the name of Jesus.
"So teach us to number our days, that we may apply our hearts unto wisdom." {Psalm 90:12}
As every man has a Birth Day; there is also what is called Death Day.
ü The Death day is inevitable.
ü It is an appointment that cannot be rescheduled or postponed.
. . . What is this Life?
"For who knoweth what is good for man in this life, all the days of his vain life which he spendeth as a shadow? for who can tell a man what shall be after him under the sun? " {Eccl 6:12} 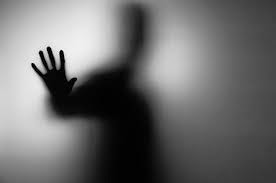 Life is a shadow that will soon pass away.
ü Shadow cannot be heard and uncertain.
ü Shadow is not real.
" Whereas ye know not what shall be on the morrow. For what is your life? It is even a vapour, that appeareth for a little time, and then vanisheth away." {James 4:14}

Life ours like vapor; Life does not appear forever; life appears briefly and then disappears; it vanishes.
Man is highly vulnerable
This is the mystery behind many sudden deaths; man can just be eating and something goes wrong and man is dead. Man can sleep health and not wake up the following day
Life appears for a little time.
"The voice said, Cry. And he said, What shall I cry? All flesh is grass, and all the goodliness thereof is as the flower of the field:" {Isaiah 40:6}
All men; including the so called celebrities, President, ministers, commissioners; all flesh is grass.
ü Sin is a destroyer of man.
ü Sin is Opposite of life.
Saying sin is dangerous, it is just an understatement
SIN is Satan Identity Number. 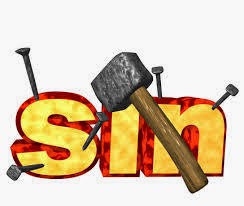 It is not a matter of what you call yourself; whether you carry the title of a reverend, pastor, international bishop, apostles or evangelist;
If three is a sin in the life, then such life belongs to Satan because the person has  have his number; When the person dies, Satan would identify them by the mark and claim them.
"He that committeth sin is of the devil; for the devil sinneth from the beginning. For this purpose the Son of God was manifested, that he might destroy the works of the devil." {1 John 3:8}
Ø Sin makes man to become a slave.
Ø Sin is not fun but fungi, it eats up gradually till the person becomes carcass.
Ø Sin of immorality, these days has shifted from brothel go bethel, house of God; Competition has replaced consecration.
Jesus is today yesterday, today and forever; Sin has not changed and will not change.
Some people claim that their own lie is white lie; All Liars belong to hell fire. White lies, political lie, diplomatic lie, telephone lie are all sin and people that practice them are in danger of hell fire.
"Then when lust hath conceived, it bringeth forth sin: and sin, when it is finished, bringeth forth death." {James 1:15}
The Fruit of sin is lust and the finishing power of sin is death 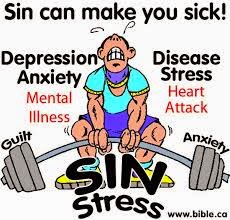 What you man sow; he shall reap
Sin can kill greatest dream, the most colorful destiny.
People Destroyed By Sin
1.   Gehaz: This man would have become he greatest prophet in the bible. He should have inherited the double of Elisha’s anointing which is the anointing of Elijah in four folds. Sin entered into his life and he inherited shame.
2.    Reuben: He was highly privileged, the first child; He was to inherit the firstborn’s blessings.
"Now the sons of Reuben the firstborn of Israel, (for he was the firstborn; but, forasmuch as he defiled his father's bed, his birthright was given unto the sons of Joseph the son of Israel: and the genealogy is not to be reckoned after the birthright." {1 chronicle 5:1}

Sin located Reuben, he got curse instead of blessing and he disappeared from history.
I Pray: Any power that wants you to inherit shame instead of honor be buried in the name of Jesus
There is no one that is too big, Too Powerful or Too Influential to Die
Ø Methuselah:  He lived so long that, it was like he won’t die; he lived for 969 years. He still died.
Ø Nebuchadnezzar:  He was so powerful; he built an image of himself for people to bow to. Nebuchadnezzar too died.
Ø Herod:  He spoke so eloquently and people gave him honor and he dint return the honour back to God. The angel of Heaven smote him and he also died.
Ø Mobutu Sese Seko: He was the President of the Democratic Republic of the Congo. He was so powerful, acquired so much wealth, and very influential I the whole world. He also died. 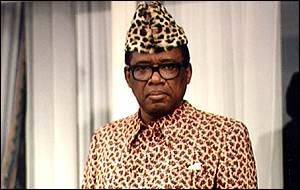 Ø Voltaire: He was a French atheist; he made an evil prophesy that 50 years to that time the bible would have been forgotten. The bible has not been forgotten; the man died and his house is now been used to print and distribute bibles to the world.
Ø Alexander the Great: He conquered the world at the age of 19 years.

He also died. He made three requests; (1.) For his Doctors carry coffin on shoulder, meaning that when your time is up, no doctor can save you. (2.)  His money should be poured on the streets; meaning the money that is been pursued will not follow you to the grave.  (3.) When being buried, his hands should be opened; so that people will know he died with his hands empty.

The bible says; strive to enter; many will be deprived by many little worthless things.
"Let us hear the conclusion of the whole matter: Fear God, and keep his commandments: for this is the whole duty of man." {Eccl 12:13}
Many don't fear God instead they fear their bosses, fear their parent, and fear their parent; you need to Fear God
This message is for a personal examination.  Is there a difference between you and people in the world?
ü They drink; you also drink.
ü They have boyfriend; you also have boyfriend.
ü They read their bibles only on Sunday; You do the same.
ü They don’t do quality quiet time; so you also don’t.
Don’t follow the multitude to do evil;
Holy living is a compulsory requirement to make heaven 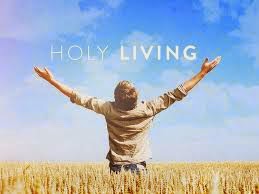