Word of the Day: The Company of Holy Mad People 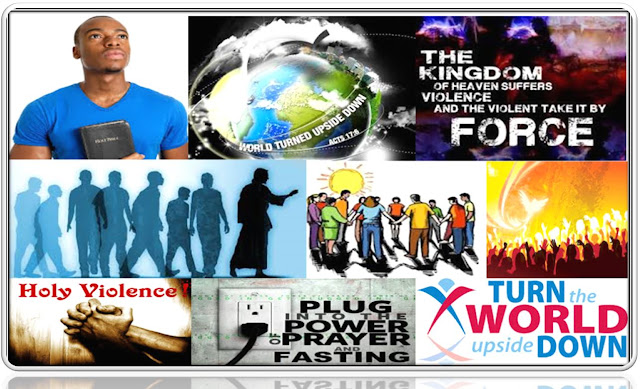 There is a group of people that the world finds strange but heaven respects; this group of people is able to identify the ways and mysterious ways of God. Heaven has an expectation that all men should live according to the divine plan; for anyone to live in this divine plan, they will live outside the expectations of this world thereby the people of the world will find them strange and see this people as mad men; These are the company of Holy Mad People.


The Company of Holy Mad People
"And when they found them not, they drew Jason and certain brethren unto the rulers of the city, crying, These that have turned the world upside down are come hither also;" {Acts 17:6}
This is the record about the apostles; these are men that have turned the world upside down for Christ.
This should be the desired accusation that should be against every Christian; to turn the world upside down fie Christ
"And many of them said, He hath a devil, and is mad; why hear ye him?"{John 10:20}
This is also a record about Jesus Christ our lord; they called Jesus a mad man. This is because; Jesus was saying some things that are not normal.
The truth is that, in the spirit realm, there is no normalcy ; things are not the normal way we see it.
Do you desire to be like Jesus? Or do you want to flow generally with the things of the world. 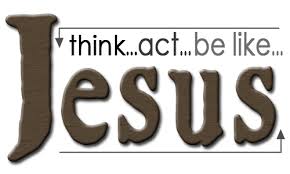 If you have not been called a fanatics or an unreasonable person, it is very unlikely that you are like Jesus.
"And as he thus spake for himself, Festus said with a loud voice, Paul, thou art beside thyself; much learning doth make thee mad." {Acts 26:24}
Jesus was not the only one that was addressed as a mad man; Paul also was referred to as a mad man because, his sayings are not normal, his attitude, lifestyles, relationship are not normal.
v Jesus was doing things that were not normal, healing on the Sabbath day, eating with the sinners, talking hard against the hypocrite and Pharisees.
v The Jesus that the demons even acknowledged, but the theologians  rejected him. 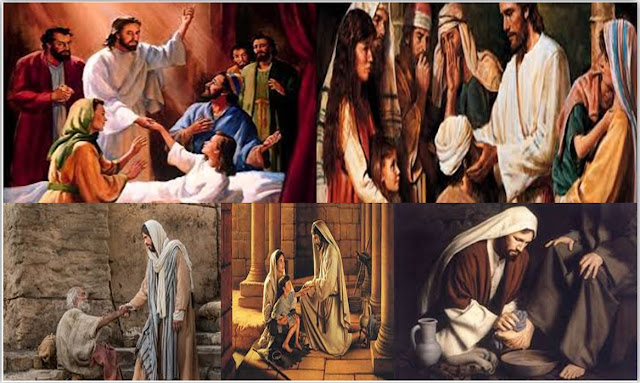 v Jesus spoke to the water, tree, demon, dead body, sickness; these are the signs of holy madness.
v Jesus was a person that saw his family and was said those are not his family but them that do the will of his father; madness.
v Jesus used saliva for healing.
v Jesus walked across the sea.
v Jesus assaulted traders, selling in the temple.
v Even his friends and family did not see Jesus as somebody that is normal.
In the days of now, there are more of entertainers in the church, you have men pleasers.
Ø Elijah called down fire and also called down water, this is strange.
Illustration Story
There was sister that gave this testimony. She was at the age of 15 years when her father died. When rich father died , the lawyer read the will that the father will about 10 houses to this lady.

The last thing this woman remembered was that the family members called her one night to make some incisions on her head. After this incision her memory about the houses that was willed to her vanished and she was living her life as a pauper.

It was until she came for prayers and began to pray some mad prayers that her memory opened; by then she was 47 years of age. The woman has been living for 32 years without knowing who she was and she was living her live in penury.
When her memory opened, she called for a family meeting and they were shocked. She was able to collect all her inheritance even though some have been sold. 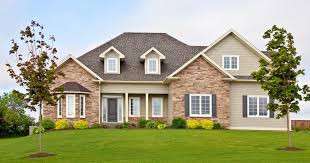 When she wanted to show her appreciation to God; she wrote a big cheque to the church but the bank did not honor this cheque. The woman called the bank manager and the manager said to her: “are you mad ? How can you give this kind of big money to a church, you can give little amount of money to the church not big amount like this” She woman upset and told them ; where were they when they wiped her memory ; where were they when they took away her inheritance; She preferred to be referred to as a mad person.
Unfortunately, many people and churches are not growing but they are fat.
ü You see addition but not growth.
ü You see millions of babies and the preachers keep feeding them milk; they cannot grow.
ü There are baby ushers, members, ministers, Pastors.
You need to look unto Jesus, the author and finisher of our faith not another human being
By your kind of prayers; we can know whether you are babies or matured Christian.
Babies ask;
ü Good give me money.
ü Give me car.
ü Give me Job.
ü Give me …… 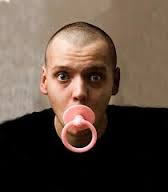 Matured Christians ask;
ü Father, empower me to love.
ü Give me the Power of the holy ghost
ü Increase my spiritual life.

"The days of visitation are come, the days of recompense are come; Israel shall know it: the prophet is a fool, the spiritual man is mad, for the multitude of thine iniquity, and the great hatred." {Hosea 9:7}
By the logic of men and his thinking faculty, the activities of the spiritual man are addressed as foolishness and madness.
Example:
o  Moses pointed a staff to the sea when the Israelites are being pursued.
o  Naaman was asked to bath in river to get healing.
o  The shouting of hallelujah to bring down Jericho.
If you walk according to God’s plan, you will take steps that people will think you are mad
In the history of this world; no great man is being understood by his generation.
All the men in the scriptures were mad people
v Shedrach Meshach and Abednego were mad men. They refuse to bow to the image even at the point of brutal destruction. They said they prefer to burn than to bow. 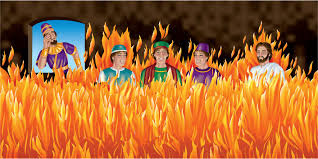 v A little bit of insanity is needed, to make any progress in life.
Whether it is race, exam, competition or major project in life.
In this kind of world we live in now; unless we are able to catch serious fire and show some holy insanity, it will be difficult to make headway.
What Do You need to do
Ø Surrender your life to Jesus.
Ø Repent from every known sin.
Ø Join the company of holy mad people. 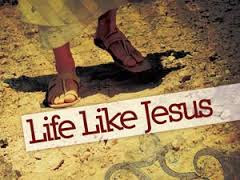 . . . Many aspects of this message have been shortened; Get full Sermon from the CD or book